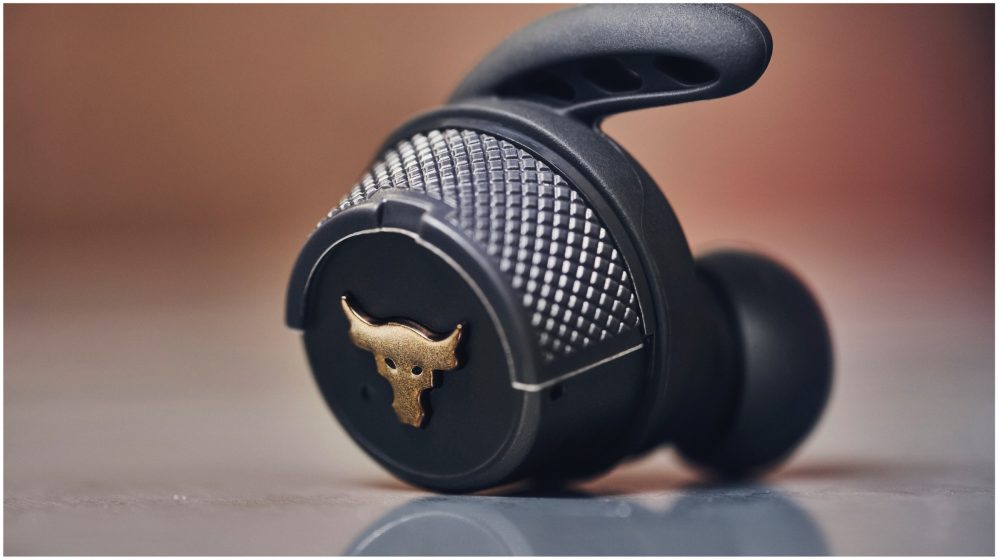 The Truly Wireless Earbuds will be the latest addition to the “Project Rock” audio products. Named as the “UA True Wireless Flash Project Rock Edition”, the earphones are IPX7-rated water and sweat resistant. On a single charge, the earphones can last for about 5 hours. Upon discharging, they can be juiced up via the charging-cum-carrying case, which provides an additional 20 hours of recharge. The carrying case itself can be charged via a micro-USB 2.0 port. Regarding audio, the company has teamed up with JBL audio. The Project True Wireless Earphones feature UA TALKTHRU, which enables the user to lower the music momentarily to focus on the surroundings. This technology is similar to the one found in JBL’s own wireless earbuds. A golden bull logo is embossed on both the earphones, which doubles up as a button to activate noise cancellation and block out external audio. The earphones will ship with a set of antibacterial ear tips that will enable them to sit comfortably in the ear without falling off. The Project Rock earphones will pack JBL’s 40mm drivers for high-precision audio. Dwayne Johnson has been teasing the sound quality of the earphones for quite some time now on his Instagram channel. The earphones will be shipped June 7 onwards, and are priced at US$ 199 (~INR 13,800). They will go up against the Beats PowerBeats Pro Truly wireless earbuds, which retail for $249.95.