The HTC Sensation XE has been a low baller in India, especially because it was launched soon after the Sensation, added only minor improvements that made major differences. Here is our review.

The Sensation XE, just like is predecessor, is built in a unibody fashion, with a sold structure and aluminum back panel with rubber edges. The front of the device has an outward curved gorilla glass which is shatter and scratch resistant. The HTC Sensation XE is superbly built and will last a lifetime by designers who took everything into perspective from the aesthetics to the functionality and the intelligent placement of the buttons – which by the way are extremely tactile and responsive. 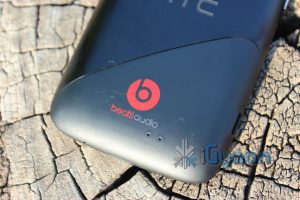 There is no questioning the latest hardware in the Sensation XE, the latest dual core processors a very high resolution screen, functional 8 megapixel camera with full HD video at 1080p not to forget the added Beats by Dre audio. The Sensation XE is still the Range Rover that the original sensation was, you can infact say this is a higher end model, especially because it does not add any changes to aesthetics except the obvious beats branding and the red accents.

Just like the original Sensation we got superior audio in and out during calls. The network performance was excellent and sustained throughout our test period. 3G and WCDMA performance excelled in the Sensation XE. The XE also continues the standard that the Sensation set as being the best in phone networks on our list of devices. Over all impressive.

The touchscreen on the device is same as the original Sensation, allowing 4 point interaction, what that means is that you can have 4 simultaneous inputs. What it also means is that you can use the onboard keyboard as fast  as you can move your thumbs. This allows for really fast messaging and the keyboard has nice and large keys considering that the Sense keyboard is one of the most coveted Android keyboards yet. 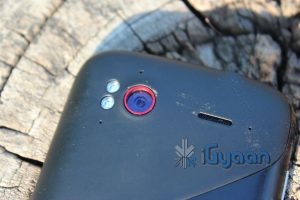 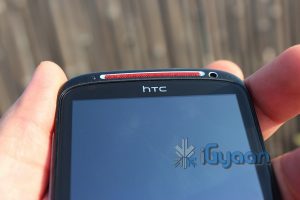 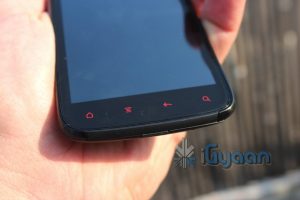 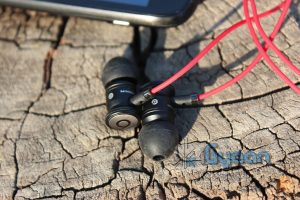 The Sensation XE not only features a Beats audio processing engine but also has one of the best included earphones/headphones with a smartphone. The iBeats come with a uniquely distinctive carry pouch and also have online microphone and remote for audio control. While you can’t compare the quality of audio to high end standalone headphones, these uniquely stand out far above normally included ones. Offering good, deep bass and excellent vocals. The device also instantly detects the iBeats, once plugged in, and activates the beats audio profile.

The screen is a brilliant qHD Screen with a native resolution of 540 x 960 px, large enough to put any phone to shame, not considering of course the Galaxy Note and likes.  The screen is also no Amoled or Super-Amoled display so don’t expect it to be as vivid. But watching movies, reading text and playing games is great on this device. The Beats audio improves the overall multimedia experience a lot, making movies, music and just plain old videos sound better.

The camera is an 8MP snapper the same from the Sensation, it captures stunning pictures and great full HD video. The camera app comes with a lot of features in the standard HTC style, which allows for a lot of tweaks to be made by the photographer at hand. On the front is a lowly VGA camera which offers decent VOIP capabilities and no video calling. 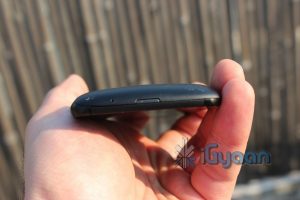 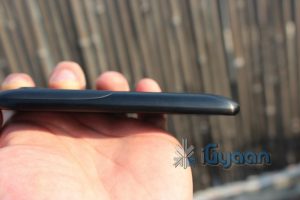 In certain cases we saw improvement in the battery management on the Sensation XE compared to that of the HTC Sensation.

Although not a major improvement over the Sensation, in terms of looks and performance, the little add-on definitely make a big difference. The processor bump to 1.5GHz improves overall device performance and does not affect battery life. The beats audio improves the overall experience of the device and the earphone make an excellent add on. The device is robust, well made and is built to impress, a definite up above the competition. Bharat Nagpal
Founder and Chief Editor of iGyaan. Bharat likes to keep on top of technology ! Follow Him on Google Plus : Google+
You Might Also Like
AndroidHTCiGyaanLatest
Read More