Asus 6Z Unboxing And Hands On 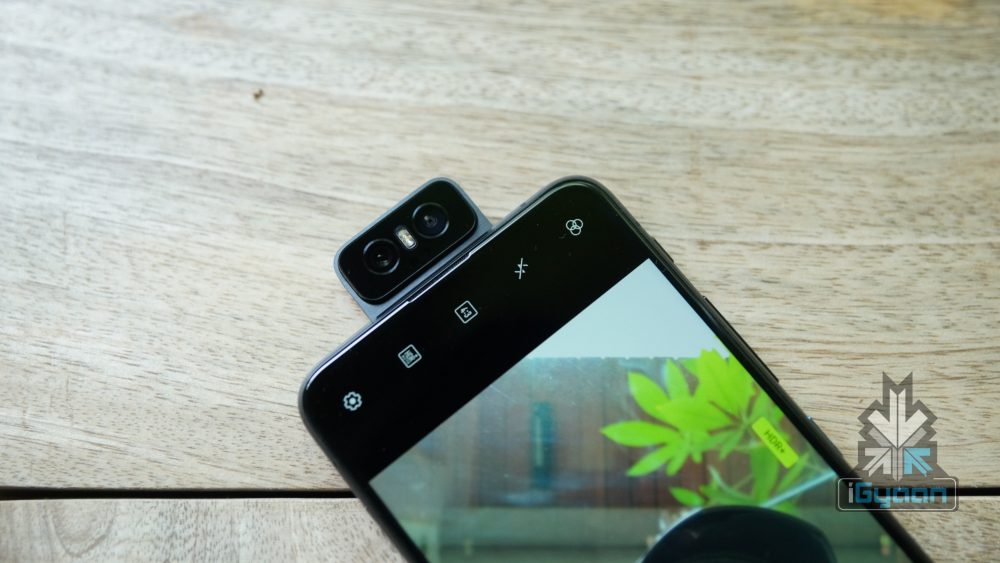 In the month of May, Asus unveiled its 2019 flagship, the Asus ZenFone 6 in Valencia, Spain. The device has a modern look accrediting to a high screen-to-body ratio display on the front and a unique flip camera that also doubles as a selfie camera. The device is set to make its way into the Indian market, however, it will launch with a different name in the country. Due to a copyright conflict with Indian smartphone maker Zen Mobiles, Asus had to rename the device as 6Z for the country. The Asus 6Z has a 6.4 inch display with a 92 percent screen to body ratio. The right side of the device makes room for the volume rocker, the power and a dedicated Google assistant button while the left side of the device is occupied the dual SIM + microSD card slot. The bottom of the Asus 6Z accommodates the USB Type C port, 3.5 mm audio jack and the loudspeaker grille while the top of the device houses the flip camera that can be used as both front camera and rear camera. The rear of the device has an attractive look with a glass build that houses Asus branding and fingerprint sensor. The Asus 6Z sports a 6.4 inch LCD display with a resolution of 2340 x 1080px and a pixel density of 403 ppi. The display of the device is surrounded by very thin bezels with no obtrusions like a notch or a hole-punch. To prevent the device against scratches and accidental drops it is equipped with Corning Gorilla Glass 6. The Asus 6Z runs on the Qualcomm Snapdragon 855 SoC which is a top of the line chipset. The Snapdragon 855 is manufactured using 7 nm fabrication process and it consists of Octa-core CPU   and Adreno 640 GPU. The eight CPU cores are composed of three different clusters which have the following clock speed: The Asus 6Z will be available in two storage variants which include 6 GB RAM + 128 GB ROM and 8 GB RAM + 256 GB ROM. In addition to the internal storage, it also supports memory expansion upto 1 TB via a dedicated MicroSD card slot. The Asus 6Z is powered by a mammoth 5000 mAh battery which also supports 18 W fast charging via the bottom mounted USB Type C port. Notably, Asus is touting the 6Z as the world’s first smartphone with a controllable motorised camera. Even though companies like Oppo in the past have released similar devices with automatically rotating cameras, they could only capture images and videos at two angles. Uniquely, the flip camera of the 6Z can be set to any angle ranging from 0 to 180 degrees proving Asus’ claim factually correct. Except for conventional features, it can capture a panorama without the user having to actually move from their position. The flip automatically rotates with the help of motors which helps in capture a well stitched panorama. Talking about its operation and durability, it has a motorised operation which can be used to toggle the selfie camera with the simple click of a button. The mechanism inside the camera setup is built in a manner that if the flip is forcefully moved, the gears inside would not resist and move along with the motion. This, in turn, would prevent the internals from going bad while being manually moved. However, it is recommended not to intentionally move the camera forcefully. Connectivity options on the Asus 6Z include dual 4G VoLTE, Bluetooth 5.0, 802.11 Wi-Fi, GPS and a bottom mounted USB Type C port for charging and data syncing. Unlike several other flagship handsets, it has a 3.5mm audio which is mounted on the bottom. The device runs on the latest Android 9 Pie which is skinned with Zen UI that provides for a stock Android like experience with minimal bloatware.

Also Read: Whatsapp To Take Legal Action Against Users Who Send Too Many Messages

The India specific pricing of the Asus 6Z is currently unavailable and will be revealed at the launch event which is set for 19th of June.