We got over a thousand requests to review the Samsung Galaxy R especially after the price drop. The device originally launched at Rs. 27000, just a little shy of the price of the Galaxy S2, but now the phone  is priced at a mere 20,800 , also available at online retailers for a discount of 1000 using a coupon. Making it the best under 20k handset, here is why.

Not the best build quality by Samsung, the Galaxy R lacks precious looks and precious materials. The back panel especially fades away after just light use, the scratch resistant front display is not so scratch resistant after all. We did face some issue with the power button and it turned out to be really fidgety. Apart from the downsides, we did like the look of the handset and it does feature some great elements, including a nice sized, tactile home button along with a nice chrome bezel.

The design is identical to the S2 but is much fatter than the powerful predecessor. The back of the device makes it look a bit ugly, and since it fades easily the look worsens day by day. Now that the price is so different, we see that there is a slight difference b/w the specs of the S2 and the R.

The camera on the device is a 5MP snapper and it gives out decent image quality and 720p video, the LED flash is also good enough to illuminate low lit subjects, but don’t expect it to fill a room. Images are as crisp as can be from a 5Mp sensor, the quality when compared to a 5MP snapper from the iPhone 4 is a bit lower. 720p video is smooth and without jitters and we will soon upload a video sample to demonstrate that.

The screen is not anything like the Super AMOLED Plus display on the S2 but the SLCD display is the same size and same pixel resolution, also the same color density and is a exceptionally bright display with great outdoor visibility. The display is try capable of playing good video and the device supports unto 1080p video playback without any issues.

Audio on the device is loud, a bit louder than the S2 we presume, the earpiece did give us some problems as we mentioned in the unboxing, but somehow the volume keeps going up and down in the earpiece and we suspect its a software thing. Mic works great without any problem.

The NVidia Tegra 2 chipset is well supported in the gaming developer community, so expect to find more games work on this device than were supported on the S2 initially. Let us mention that all sort of games play brilliantly. The network is great and no breakages in sustained network, even while traveling. We did however face low signal in key areas like flyovers and tower changes. Audio is good, but like we mentioned the earpiece can get a bit bothersome.

The device also supports video calling over 3G networks which is a great add-on to those who want to use this feature, although we prefer services like Skype and Fring which work great too.

Messaging works great on the nice and large screen, with the ability to switch to Swype which is inbuilt into the system you can enhance the experience of typing. You can also switch to a flurry of available keyboard replacements in the Android Marketplace to best suit your needs of typing. The battery life on this device is varied out of the box you will struggle to pass a few hours with the device, you will need to charge it at least twice a day if not more. But we found easy fixes, and we have discussed these with Samsung and we believe that a software update should rectify the problem soon. Turn off Wifi, background data sync and Mobile data, when not in use and here are the results

The device is an exceptional device especially after this price drop, it does lack proper construction, but has a set of features that are difficult to match at this price. The only thing that comes close to this device is the LG Optimus 2X  with almost the same price and the same chipset. The Galaxy R has a newer built of Android and will definitely get the ICS update. The Galaxy R also has TouchWiz UI which we prefer over the one on LG. We also believe that the device is well supported in the developer community and has a larger user base.

Samsung Galaxy R is a great purchase and a brilliant holiday gift. 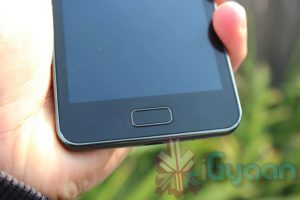 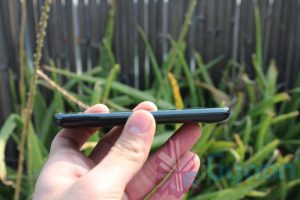