Realme X With Pop Up Selfie Camera Launched In India Chinese smartphone maker, Realme launched its latest smartphone in China, in the month of May which is dubbed the Realme X. Three months later its Chinese debut, the handset has also been launched in India. The newly launched device will compete against the likes of the Redmi K20 which is set to launch on the 17th of July in the country. The key highlighting features of the Realme X include a pop up selfie camera and an edge-to-edge AMOLED display with a built in fingerprint sensor. The front of the Realme X accommodates a 6.53 inch AMOLED display that has a pixel density of 394 ppi. To prevent the display against scratches and accidental drops, it is safeguarded with Corning Gorilla Glass 5. To safely and rapidly log in to user interface it has an inbuilt fingerprint sensor. The handset runs on ColorOS 6 which is built on top of Android 9 Pie. 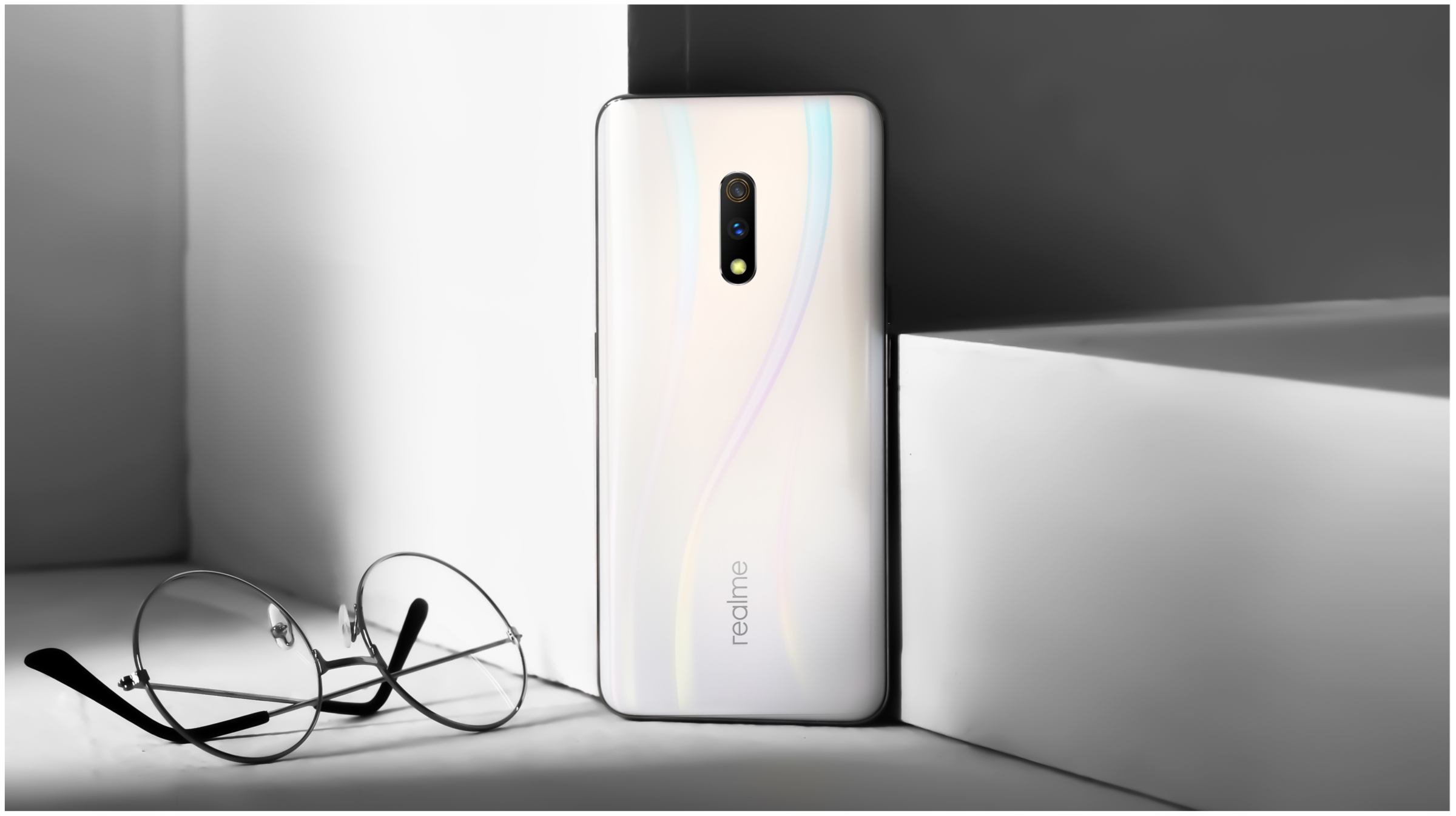 The Realme X is kitted with the Snapdragon 710 SoC which consists of an Octa Core CPU along with Adreno 616 GPU. The 8 cores on the chipset are divided in two different clusters which provide the best of both worlds i.e is performance and battery backup. The clocks speed and architecture of the 8 cores are as follows: The rear of the Realme X has an attractive gradient panel which is made out of plastic and it houses a dual camera setup and company branding. The rear camera setup of the smartphone is comprised of an f/1.7 aperture equipped 48 MP PDAF sensor, a f/2.4 aperture equipped depth sensor that has a resolution of 5 MP and an LED flash. Noteworthy the 48 MP camera is the Sony IMX586 sensor which is also found of the Honor View 20 and Redmi Note 7 Pro. The Realme X also features a motorised pop up on top which houses the 16 MP selfie camera. The device can also capture 2160p videos from the rear camera setup while the front sensor can capture 1080p videos. It is powered by a 3,500 mAh battery which supports 20 W VOOC 3.0 fast charging. The Realme X is offered in a total of 5 colour variants which include Polar White, Space Blue, Spider Man Edition, Garlic Edition and Onion Edition. The handset will be available for purchase starting the 23rd of July from Flipkart.com and Reliance digital offline stores. It is available in two storage variants  for which the prices are as follows: