Sections
Top Around the Web
CompareComparing...
289

French Inventor Flies Over English Channel On A Self Made Hoverboard

by Sahil KapoorAugust 5, 2019
0
Now Reading
French Inventor Flies Over English Channel On A Self Made Hoverboard
Browse This Page 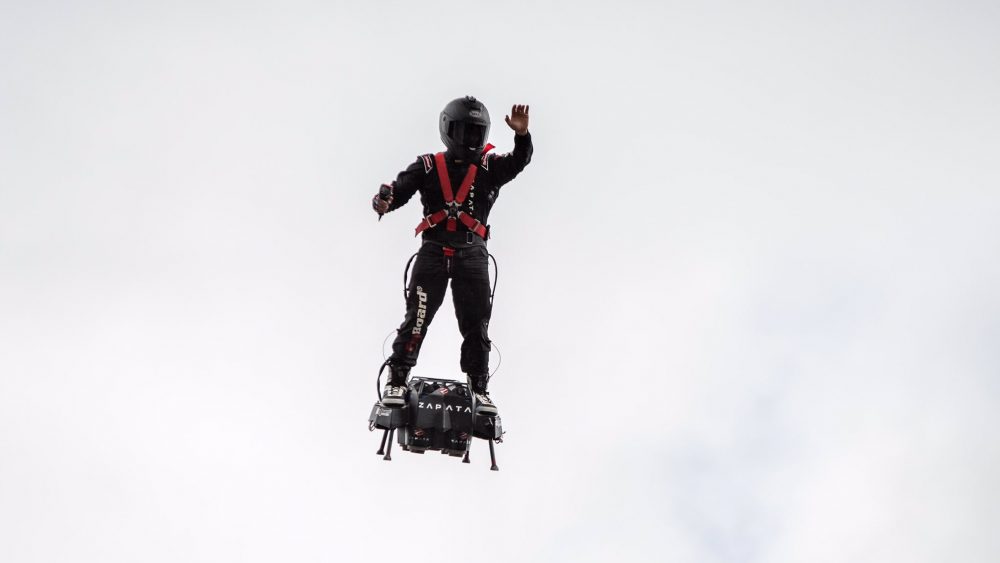 Scientists and inventors from around the globe have been working to develop new forms of transportation that include the likes of electric cars and Hyperloop One. Frank Zapata, an inventor hailing from France had developed a Flyboard which is essentially a jet-powered hoverboard. The inventor was previously seen riding the Flyboard a couple of stories high which is nothing short of remarkable.

However, on the 4th of August, 2019, he marked a revolutionary feat as he was able to successfully fly over the English Channel which is 21 miles long. The inventor began his journey from Sangatte, France and landed in England about 20 minutes later.

While airborne, the inventor was able to reach speeds of upto 106 miles per hour. However, the whole journey was not covered in a single flight session.

Noteworthy, the inventor had to make a pit stop halfway in order to refuel. As he could only carry fuel worth 10 minutes of flight.

Apart from inventing the Flyboard Air, Franky Zapata had previously invented the similar machine which goes airborne by propelling water out of high-pressure water jets.

Also Read: Redmi Note 8 Confirmed, Will Be A Lot More Powerful Than Note 7

To sum it up, the technology is years away from commercial availability, nonetheless, this is a worthwhile achievement in the field of personal transportation which will see rapid growth in the coming future.

What are your thoughts on the Flyboard? Does the technology excite you? Let us know in the comments below.

likethis
What's your reaction?
Awesome
100%
Epic
0%
Like
0%
I Want This
0%
Meh
0%
Via
Images: New York Times
Posted In
Latest, Tech, Top Around the Web
Tags
Hoverboard
Hoverboard
About The Author