Earlier this month, Motorola LLP launched the Motorola One Action smartphone in several countries that include Brazil, Mexico and a few European regions. On the 23rd of August, the handset has been launched in India as well. Like the previously launched Motorola One Vision, it also has an unconventionally tall display and is Android One Certified.

Motorola One Action Design and Features The newly launched Motorola One Action has glass on the front while its rear panel is made out of plastic. Holding the device together is a polycarbonate chassis.  The handset measures 160.1 x 71.2 x 9.2 mm and it weighs 181g.

The front of the Motorola One Action accommodates a 6.3 inch LTPS IPS display that has a resolution of 2520 x 1080 px and a pixel density of 432 ppi. As previously launched Moto One Vision, it also has an unconventionally tall display that has a 21:9 aspect ratio. 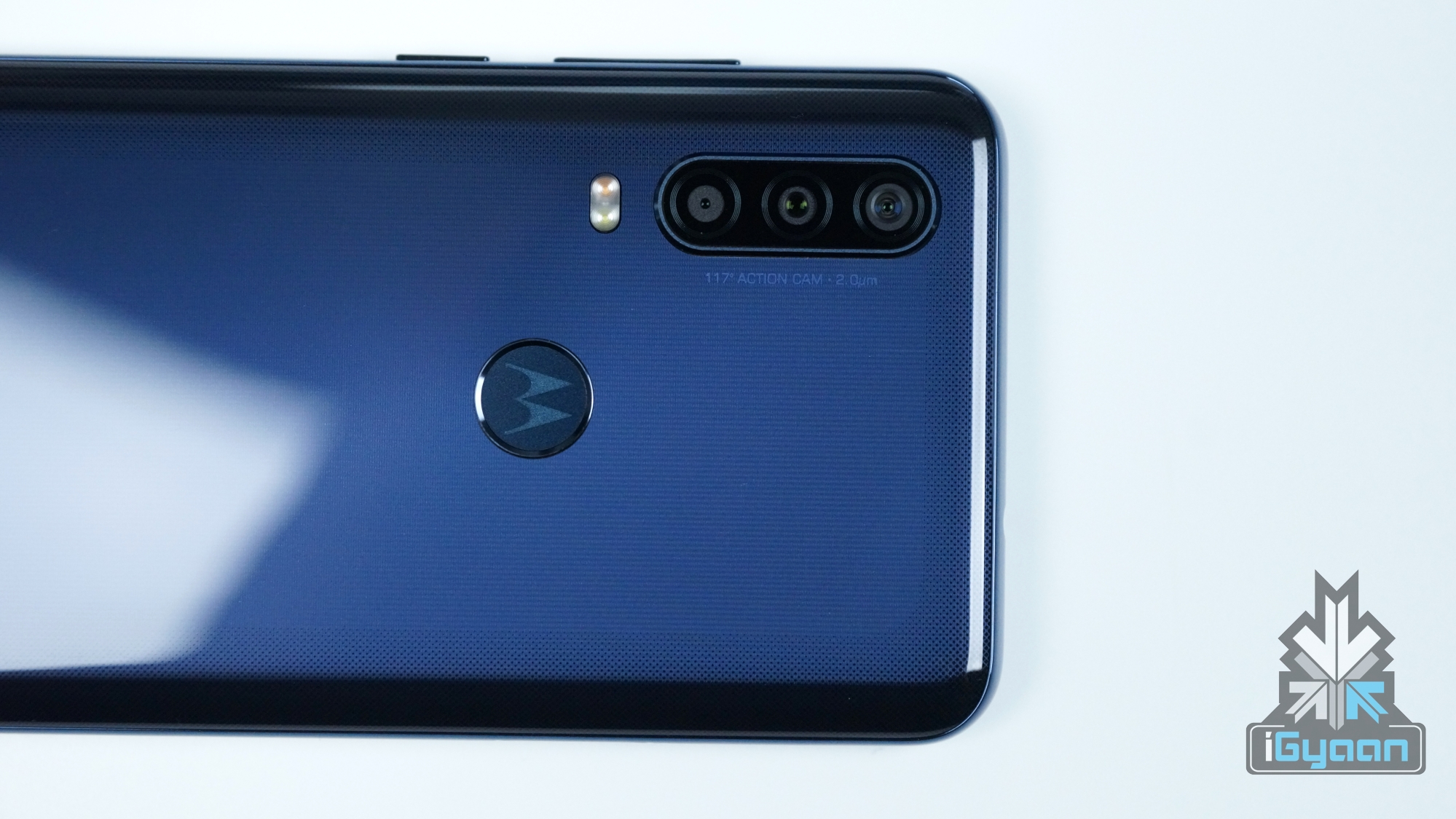 Noteworthy, the display of the smartphone has punch hole on the top left corner which makes room for the 12 MP selfie camera. For rapidly and securely bypassing the lock screen, it has a rear-mounted fingerprint sensor. Besides, it also supports face unlock technology and the traditional screen lock.

The Motorola One Action runs on the latest Android 9 Pie and it is Android One certified. The certification states that the smartphone is assured to get two major Android updates and security updates for three years.

Under the hood, it is kitted with Exynos 9609 SoC which is manufactured by Samsung. The chipset is comprised of an octa-core CPU and the Mali G72 MP3 GPU. In addition to the selfie camera, the Motorola One Action has a triple rear camera setup which consists of an f/1.8 aperture equipped 12 MP sensor, 5 MP depth sensor and an ultrawide sensor that has a 117-degree field of view. Notably, the wide-angle sensor is arranged in a sideways manner which means the device can capture landscape videos even when it is held in portrait mode.

The Motorola One Action is powered by a 3,500 mAh battery which shockingly supports on 10 W fast charging. Connectivity options on the handset include 802.11 ac Wi-Fi, 4G VoLTE, Bluetooth 5.0, NFC,  USB Type C port and a 3.5 mm headphone jack. The Motorola One Action is offered in three colour options which include Denim Blue, Pearl White. As observed with several other offerings from the company, the newly launched handset will be sold online on Flipkart.com and select offline retailers. The sale of the smartphone will commence from the 30th of August.

In terms of memory and storage, the Motorola One Action is available in just one variant for which the price is as follows:

Overall, the device has an elegant design and is comprised of modest features. However, we will have to see how it fairs against the likes of the Redmi Note 7 Pro and Realme 5 Pro.