Sections
Top Around the Web
CompareComparing...
2356 On the 23rd of August, LG launched three premium-grade laptops in India which are dubbed the Gram 17, Gram 15 and Gram 14. All three laptops will be available for purchase starting next week exclusively on Amazon.in. Noteworthy, in the month of February 2019, the Gram 17 that weighs just 1 kg was awarded a Guinness World Record to be the world’s lightest laptop in its category. As the name suggests, the LG Gram 17 sports a 17 inch IPS display that has a resolution of 2560 x 1600 pixel and 16:10 aspect ratio. The laptop is kitted with the 8th Gen Intel Core i7 processor which is coupled with Intel UHD graphics.

In terms of memory and storage, LG Gram 17 can be configured with upto 8 GB of DDR4 RAM and 512 GB of Solid State Drive (SSD). The laptop is powered by a 72 WHr battery and company claims a battery backup of upto 19.5 hours. It features a whole host of input and output ports which include 1x USB Type-C port, 3x USB 3.1 ports, an HDMI port, headphone and mic combo jack, a microSD card slot. Other features of the LG Gram 17 include a fingerprint scanner, Precision Glass Touchpad, backlit keyboard and DTS X audio support. The LG Gram 15 packs 15.6 inch display while the LG Gram 14 features a 14 inch display. The former weights 1099 grams while the latter weighs 995 grams. The Gram 15 and Gram 15 are equipped with 8th Generation Intel Core i5 processor. In terms of memory and storage, they have 8 GB of RAM and 256 GB SSD.

Both the laptops are claimed to provide a battery backup of upto 21.5 hours which will vary on the type of usage. Input and output ports on the Gram 15 and Gram 14 are similar to the elder Gram 17. As previously mentioned the three newly launched laptops from the company will be available for purchase from Amazon.in starting next week. The price of the different models is listed below:

All in all, LG has launched three worthwhile Windows laptop in the country which feature-laden and are capable to take on the notebook computer offerings from all other manufacturers. 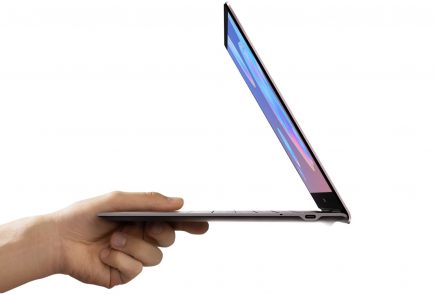