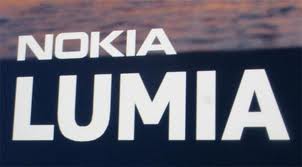 Developers with access to Nokia’s Remote Device Access (RDA) tool have “discovered” a bunch of new Lumia and Belle phones. Interestingly, four of these handsets seem to be Windows Phone devices while the Belle 805 should be running on Symbian Belle.

We think the blog could be right because it doesn’t make any sense for Nokia to release any new high-end Windows Phone 7.5 handsets at the moment with Windows Phone 8 (WP8) expected to launch soon. However, a budget device like the Nokia 510 running the Tango update could be just the thing to maintain Nokia’s presence in the smartphone market before the WP8 mobiles arrive.

Shivaank Rana
iGyaan's Carlos Santana! Shivaank loves Apple products! He stays up to date with the latest happenings of the tech world and gets his hands dirty with the latest Gadgets! Follow Him on Google Plus : Google+
You Might Also Like
iGyaanLatestMobileNokia
Read More