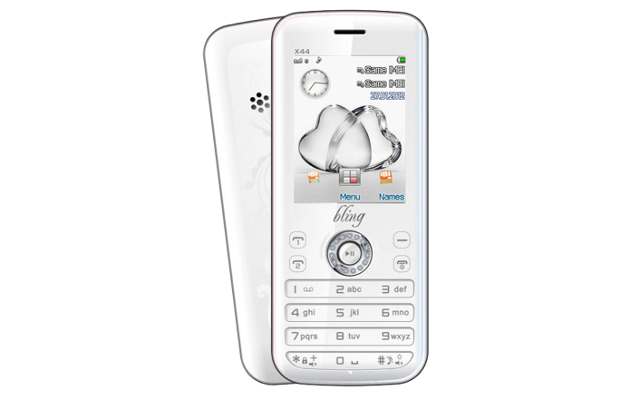 Indian handset manufacturer Micromax has announced the launch of yet another Bling phone today in the form of X44. Featuring Swarovski ‘Zirconia’ diamonds, Micromax X55 Bling has been priced at Rs. 3,000.

It is the third phone in the Bling series that includes a feature phone while the second one was an Android based smartphone.

Like the previously launched Bling phones, the new entrant in the Bling family is also studded with Swarovski ‘Zirconia’ diamonds along the navigational D-pad of the phone.

It is a dual-SIM phone with support for two GSM SIM cards, has a 2MP camera, FM Radio, Bluetooth, and access to company app and content stores M! Zone and M! Store. It also sports a 2.2-inch QVGA display.

It is powered by 256MB of RAM and 512 MB of internal storage, which is further expendable to 8GB via microSD card.