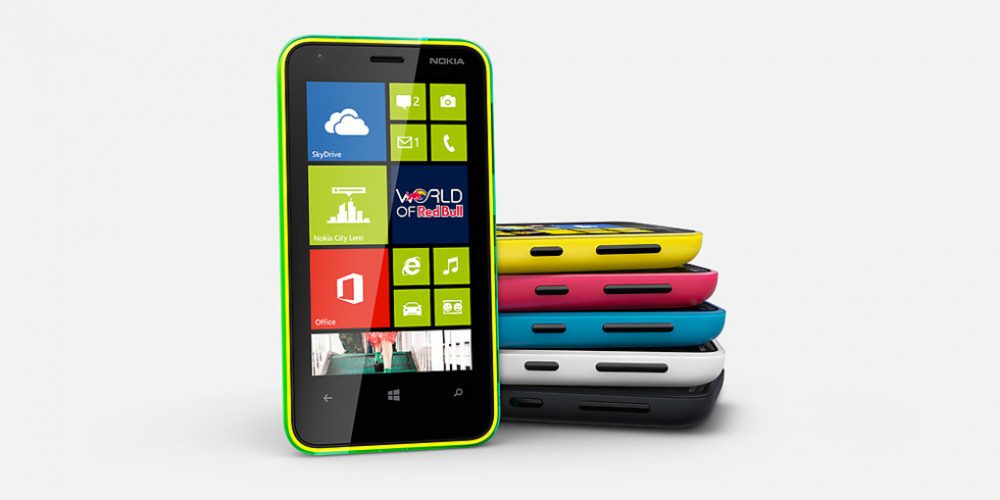 Nokia has just launched their most affordable Windows Phone 8 device the Nokia Lumia 620. The Phone which runs Microsoft latest Mobile operating system is powered by a  Qualcomm S4 1GHz dual-core CPU. Includes a 3.8-inch ClearBlack WVGA screen running at 800 x 480 resolution. FOr Optics we have a 5-megapixel rear camera and a front facing VGA one. The Phone has a fixed storage of 8 GB and expandability upto 64GB via MicroSD.

Nokia is ready to play the 610 game with the Lumia 620 as the company will offer seven colors with exchangeable shells in gloss and matte finishes depending on color. You will also get a full host of Nokia only apps including Nokia Drive, Nokia Music and Nokia Maps. Nokia is also calling it the world’d most affordable Windows Phone 8 device yet with a price of 190 euros or Rs. 12,999 globally. We are hopeful that the company can quickly launch and make the device available in India around the same price mark 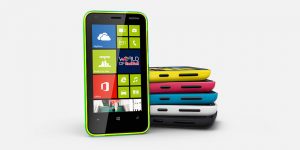 The Nokia Lumia 620 uses a new dual-shot color technique to deliver a variety of striking color and texture effects. Dual-shot adds a second layer of colored, transparent or translucent polycarbonate on top of a base layer to produce secondary color blends and depth effects. With seven different exchangeable shells to choose from, people can adapt the look of their Nokia Lumia 620 to their own personal taste and style.

“We continue to execute on our strategy to reach new audiences and new markets,” said Jo Harlow, executive vice president, Nokia Smart Devices. “With its innovative design, the latest Windows Phone 8 software and signature experiences from Nokia, like Nokia lenses, Nokia Maps and Nokia Music, the Nokia Lumia 620 is a highly competitive smartphone at this price point.”

Among the features shared with the Nokia Lumia 920 and Nokia Lumia 820 are exclusive camera lenses that transform the creative power of the Nokia Lumia 620’s five megapixel main camera and VGA front-facing camera. The Cinemagraph lens adds simple animations to still photographs, while Smart Shoot creates a single, perfect shot from multiple images, even removing unwanted objects from the picture.

Making it easy to discover and enjoy new music, Nokia Music provides free streaming of ad-free tracks without registration or subscription and the ability to download playlists for listening offline.

With NFC support, the Nokia Lumia 620 can easily pair with NFC-enabled accessories like the JBL PlayUp Portable Speaker for Nokia. Open and secure NFC-connectivity makes it possible to share and receive content by tapping with compatible devices, or make secure payments using the Wallet application in Windows Phone 8.

Powered by Windows Phone 8, the Nokia Lumia 620 delivers a more personal smartphone experience. Adjustable Live Tiles update direct to the Start Screen. People Hub pulls together contact information from multiple address books and social networks into a single location, making it easy to stay in touch with friends and set up contact Groups and private Rooms for sharing. From the Me Tile people can check in to their location, post an update, set chat status, see what’s new and monitor notifications across Facebook, LinkedIn and Twitter. Windows Phone 8 also includes Xbox Live, Microsoft Office, 7GB of online SkyDrive storage and faster, safer surfing with Internet Explorer 10.

These features and capabilities are enabled by Qualcomm’s Snapdragon(TM) S4 Plus processors.

“People can do more of the things they love when they choose a mobile device that has a Qualcomm Snapdragon processor,” said Enrico Salvatori, senior vice president and president of Qualcomm Europe. “The Snapdragon S4 Plus processor is the heart of the Nokia Lumia 620, making it possible to multi-task, stream in HD and share content at super-fast speeds.”

* Availability of colored shells may vary by country.