Nvidia Tegra 4 To Ship In May, Project Shield By July

by Shivaank RanaFebruary 15, 2013
0
Now Reading
Nvidia Tegra 4 To Ship In May, Project Shield By July
Browse This Page 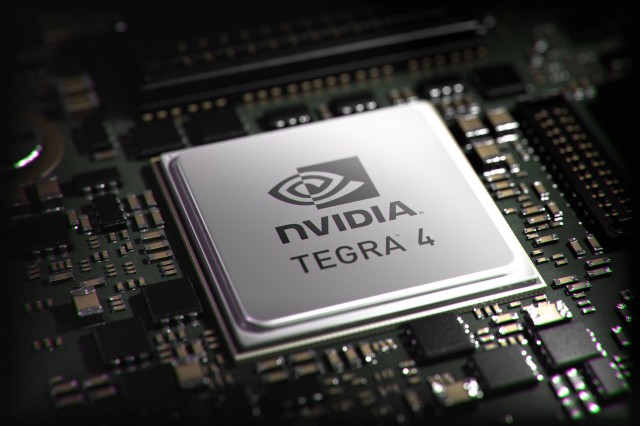 Nvidia CEO Jen-Hsun Huan recently said during the company’s quarterly and yearly earnings call that they did the best work in the company’s history in 2012. The proof is in the revenue which shot up 7.1 percent year over year to a record $4.28 billion.

Quarterly revenue was down 8.1 percent sequentially to $1.11 billion but compared to the same time last year, it was up 16.1 percent. Nvidia also pointed out the fact that they repurchased $100 million in stock and paid a total dividend to shareholders of $46.9 million during the fiscal quarter.

Most important to the company’s growth was the continued success of its Tegra 3 chip, which powered nearly every Android-based tablet in 2012 in addition to Microsoft’s Surface RT tablet.

The company expects its next-generation Nvidia Tegra 4 chip, which is based on ARM’s Cortex-A15 design and has a GPU six times faster than its predecessor, to begin shipping in July. This puts it in consumers’ hands in late July or early August. While this will affects profits for the next two quarters, Nvidia’s CEO, Jen-Hsun Huang, said that he wants to ensure his team can push sufficient volumes upon release.

Nvidia Tegra 4 offers manufacturers plenty of reasons to go with Nvidia for future smartphone and tablet designs, but it faces some stuff competition. Recently, Qualcomm’s Snapdragon S4 has become the standard for most high-end releases, while Samsung will challenge with their Exynos 5 Octa chipset to debut later this year. Any delays in getting Tegra 4 to consumers could hurt Nvidia’s chances of gaining a bigger stake in the mobile industry.

The Nvidia Tegra 4 SoC and Project Shield, a gaming device that will launch “in the latter part of Q2,” likely July or August, aims to challenge Qualcomm and Samsung in the mobile processing business. This may pose a huge challenge as Qualcomm already has a more mature architecture in Krait and has integrated a 28nm LTE baseband in its Snapdragon processors.

Due to a lack of integrated LTE, which Huang acknowledges Nvidia will need “to be successful [in the smartphone business],” 2013 will likely focus on pushing Tegra to the tablet market. “We’ll have some phone success this year, but we don’t expect to have a whole lot of phone design wins until we engage the market with LTE.”

The long time to market may hurt Nvidia in 2013 (Tegra 4 was launched at CES in January), but it’s certainly finding success in the mobile business, and that bodes well for the company’s future in light of a declining PC business where high-end GPUs are becoming more of a niche product. Whether it will be able to compete with Qualcomm in the highly-lucrative smartphone market remains to be seen.

likethis
What's your reaction?
Awesome
0%
Epic
0%
Like
0%
I Want This
0%
Meh
0%
Posted In
Latest, Nvidia
Tags
TEGRA, Tegra 3
TEGRA, Tegra 3
About The Author