We dig deep into the box of this new device the Micromax A115 Canvas 3D, and see what sets it apart from the rest of the crowd. Initial Impressions of the Micromax A115 Canvas 3D

The new 3D capable Canvas is the same body Identity of the A110 or A116, with the exact same form factor and feel, except it’s a lot more comfortable in the hands.

The display is pretty good for the resolution, the 480 x 800 px laden Stereoscopic front of the Canvas 3D actually puts it in a good place. The Phone also has the ability to natively adjust the screen depending on the content you have on there. The build of the Canvas 3d actually seems a little more robust if we compare it with the predecessor, the soft touch back does a lot to add to the overall feel of the phone, we honestly were hoping for a more wide array of colors. (bright blue perhaps). The phone is a cluncky and feel a bit heavier, but we are told that is due to the 3D hardware, which is significantly heavier.

The Micromax A115 Canvas 3D has a 5 Megapixel camera, which has the capability of converting images and video into 3D and then saving then natively on the device to be viewed later.

The Ui and interface elements seem really snappy, and with minimal customizations and very little bloatware the phone zipped through initial tests of usage.

While we devour the 3D elements of the new Micromax A115 Canvas 3D, Let us know below, what your impressions are of the device, and what you would like for us to check in this phone for the upcoming videos.

Stay tuned for the Full Review. 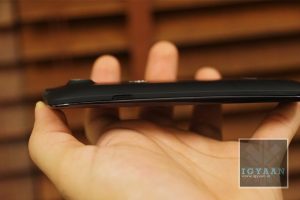 likethis
What's your reaction?
Awesome
0%
Epic
0%
Like
0%
I Want This
0%
Meh
0%
Posted In
Latest, Micromax, Unboxing and Hands On, Videos
Tags
igyaan
igyaan
About The Author

Bharat Nagpal
Founder and Chief Editor of iGyaan. Bharat likes to keep on top of technology ! Follow Him on Google Plus : Google+
You Might Also Like
LatestMicromaxUnboxing and Hands OnVideos
Read More