Nokia has launched the new Lumia 925 in London at a press conference today. While all Lumia phones till date have been plastic the new Lumia 925 has a completely Aluminum Frame. While most of the specs remain same and the phone has the same dual-core 1.5GHz Snapdragon S4 Pro processor, 1GB RAM and 8.7-megapixel OIS camera of the 920, the Lumia 925 is almost 50 grams (1.8 ounces) lighter than last year’s Lumia 920. Even with the 8.8mm profile, there’s an identical 2,000mAh battery but the Wiless charging has been removed to accomodate the profile of the new Lumia 925. For those who are disheartened, an accessory cover can be had which will re-enable said wireless features. The colors include red, yellow, black and white. The Lumia 925 model also sports an 4.5-inch AMOLED screen with the resolution of the Lumia 920 (1280 x 768px) it will enjoy superior black levels thanks to the Amoled tech in the display.

The display also has Gorilla Glass 2, with ClearBlack tech and a high-brightness mode for improved outdoor visibility and hopefully the same hyper touch tech that lets you use the Lumia 920 with gloves on.

The Camera is the same 8.7-megapixel backside-illuminated sensor, but Nokia has added another lens to make it a 6 Carl Zeiss Lens camera, this 6th lens element improves sharpness of images. 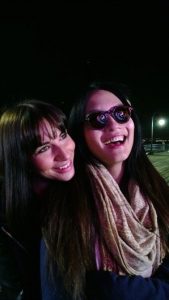 The Lumia 925 will launch in parts of Europe and China this June, priced at 469 euros (roughly $609 or INR 33500), India should see similar pricing and availability this summer. The Nokia Lumia 925 includes the most advanced lens technology and next generation imaging software to capture clearer, sharper pictures and video, including the best low light images. The Nokia Lumia 925 also introduces the new Nokia Smart Camera mode, coming as an update to all Lumia Windows Phone 8 smartphones. Nokia Smart Camera offers an easy way to capture ten images at once and edit the pictures with options like Best Shot, Action Shot, and Motion Focus for creating the perfect high quality image.

The polycarbonate back comes in white, grey or black. A wireless charging cover can be clipped onto the back of the phone to take advantage of Nokia’s extensive wireless charging accessories and ecosystem. Covers, sold separately, come in white, black, yellow, and red.
Leading Nokia services, such as the HERE suite of integrated location and navigation services and Nokia Music for unlimited streaming of free music playlists, add to the great proposition offered by Nokia’s latest smartphone.

Sales are expected to start in UK, Germany, Italy, Spain and China in June, followed by the US and a number of other markets. The Nokia Lumia 925 will be priced around 469 EUR before taxes and subsidies. Country-specific pricing and availability will be announced locally.[/toggle]