Nexus 4, a smartphone that launched last year was speculated to arrive India soon after its global availability. The Nexus 4’s rumored launch dates for India got shunned, and prospective owners dealt with a lot of delay before the phone finally launched. LG brought the Nexus 4 to India under the assumption that the Indian people still wanted it. Was the company right ? Does the Nexus 4 bring about a world of difference in the way one looks at Android ? Lets find out!

[pullquote_left]The Way Google Intended[/pullquote_left]A line of Mobile devices manufactured by an OEM brand selected by Google to lead into the area of expertise and build the Android flagship for that particular year. Apart from the lack of any form of software or network customizations or restrictions, they also have unlock-able bootloaders and are the first devices to receive instant Android Operating System updates.

In most cases Nexus units are responsibility of Google, sales in a particular country are pushed by Google and availability is also based on Google’s interest to bring forth the device. In India however, the only Nexus phone to have been made available prior to the Nexus 4 was the Nexus S. Just as the Nexus 4 was ignored in India initially, the Galaxy Nexus was not launched at all, despite huge demand for the successful handset.

LG decided to bring the Nexus 4 on their own accord, thanks to high public interest. Initially plans to bring in the Nexus 4 were sacked as the company thought it was not going to do well enough. The first few lots of Nexus 4 handsets also faced manufacturing issues, keeping the Nexus 4 virtually sold out, due to limited supplies.

There is no question that the initial look at the design reminds us of the iPhone 4/4s with a glass front and a glass back fused on either sides of a solid shell. The difference here is that LG has actually rounded the device out a lot, the front blends into the solid plastic bezel which then flattens out into a glass back.

Problems with the Nexus 4’s back glass cracking in the heat have been aplenty and still exist. But, some are fortunate enough to not have that issue, the problem however persists. If the Nexus 4 is left in the sun, or put through intensive activities that cause the device to heat up, the glass back around the camera lens develops hairline cracks.

Apart  from the cracking issues, the Nexus 4 is noticeably well built and definitely has a very premium design factor. The dotted, glittery back glass makes the device shimmer in the slightest gleam of any light, almost making the Nexus 4 appeal to a artsy tingle in the brain. Somewhat making you feel the sense of passion towards a mere black piece of Android Jelly Bean hardware.

Speaking of hardware, the Nexus 4 has just the right amount to justify the price unlike some seriously strange mistakes for India. Powered by a 2100 mAh Li-Po battery the Nexus 4 runs a Quad Core Snapdragon S4 Pro Krait processor clocking in 1.5 GHz of raw unadulterated silicone hum. The impressive Adreno 320 GPU ensures graphics performance along with 2 GB of RAM and 16 GB of fixed – non expandable storage for the Nexus 4. Google however ensures that each Android user now gets 15 gigs of cloud storage, incase you would like to consider that as a value addition. The front of the Nexus 4 has a brilliant LG display, True HD IPS Plus capacitive touchscreen with a 768 x 1280 px resolution clocking in a good 318 ppi. The addition of Gorilla Glass 2 on the front as well as the back give the phone strength, the unibody shell adds reinforcement. The back has a 8 Megapixel camera which is said to be quite terrible, we found otherwise (see below), the camera also does 1080p video at 30 fps. The front carries a 1.3 MP camera, only as good as it gets, capable of shoddy imagery and video.

The fact that the Nexus 4 runs a stock version of Android actually has a lot of people in turmoil, we hope we can clarify some doubts. The Nexus 4, infact any Nexus phone, runs a stock unadulterated un-skinned version of Android out of the box. That means no – task manager, no floating weather animations and definitely no fancy dual picture camera shots. But the key word here is essentially “out of the box”, the Nexus 4 also give you, on the other hand, the maximum flexibility with the Android operating system. An unlock-able bootloader means the minute you get hold of the Nexus 4, you can root it and get developing.

[pullquote_left]Felxibilty with the Interface[/pullquote_left]The ability to use custom ROMs and skins is then endless, install widgets and apps from select manufacturers or even add your own custom UI, this is what truly makes the Nexus 4 experience fun. However the customization and open-ness is not for everyone. Some people want fancy UI’s out of the box. Pick up a Galaxy S3 and you have things like multi-window and fancy multi layer User interface, but with the Nexus 4 you have a bland boring flat UI from the get go. 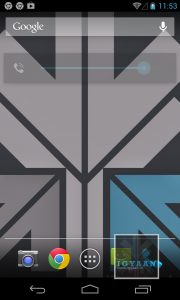 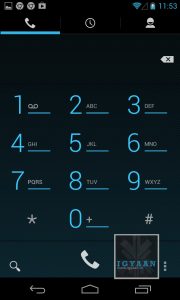 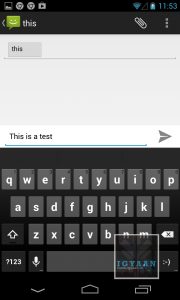 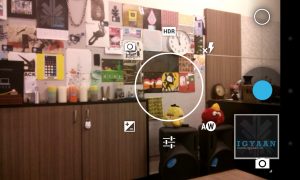 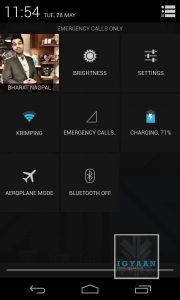 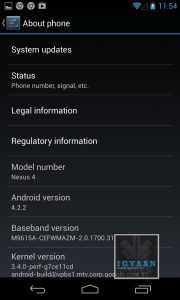 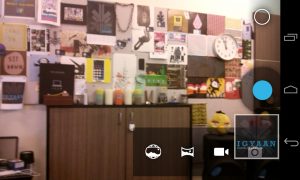 A first few days of the custom UI aside, you soon start playing with the Android open-ness and start trying to modify the phone to do interesting things. Splashing different user interfaces or even different launchers, different ROMs each day. It’s a time-consuming process, but on that makes you truly appreciate Android. As with each customization you find out another thing your phone is capable of.

Some on the other hand will love the vanilla experience, the way Google intended for Android to be, fast and snappy and completely flat. The camera on the Nexus 4 has been critiqued heavily for not being close to expectations set by Google. With the latest Android 4.2.2 update from Google we found that the camera sensor although not the best, is quite good. Images are almost always in focus, well composed, rightly saturated and for those who stick to auto easily captured. A lot of flexibility is available on the Nexus 4 for the camera. Check the sample below.

[pullquote_left]Washed out, But only in Comparison![/pullquote_left]When put in comparison to the Optimus G the Screen of the Nexus 4 appears to be washed out. The Optimus G’s display is a lot more deep and vibrant, whereas the Nexus 4 appears to be a little less effective. Many argue that the Galaxy S3 available at a similar price has a display which is a lot more appreciated. However, the Nexus 4 has a well-balanced display that not only works indoors it works great outdoors as well. Problems arise when you start comparing individual aspects of the display with other devices. The Nexus 4 is a great device for multimedia, audio is loud and crisp from the speaker and well handled during video playback. Whether you like online or offline multimedia the Nexus 4 can deliver a great performance.

Gaming is also well handled by the Nexus 4, the Adreno 320 is one of the most celebrated GPU of today’s hardware market. With the Nexus 4 you will see most games supported out of the box, incase you wish to download unsupported ones, you can do that by a simple root. The ample amount of graphics power and sufficient RAM make the hardware quite capable of gaming, in fact the only real problem gamers would end up facing with the Nexus 4 is the limited storage.

The Nexus 4, although launched last year, at current price is capable of dethroning most celebrated handsets. The pure OS experience not only gets quicker updates, but is a way to truly experience Android in its full potential as a smooth user interface. Apart from being the easiest day-to-day phone, users will realize soon that the Nexus 4 is capable of deep levels of multitasking, and expertly handled process distribution thanks to the great processing brain on the inside of the Nexus 4.

Mostly the performance of the Nexus 4 becomes evident in the initial uses, however for those who truly like to exploit the handset. The ability to root and install an overclocked kernel will speed up the performance. The most recent version allows up to 1.944 GHz on the 4 cores – Wow!

The phone call quality and networks remain excellent, ensuring good usage of the handset’s primary function; calling. Network quality remains pristine even during commutes and the callers are audible pretty nicely through the earpiece. Battery life is sufficient out of the box on the Nexus 4, if you do a lot of gaming you might want to underclock and undervolt your Nexus 4 to get an additional 90 minutes of on-screen time. Running stock though you get a good mix of battery life through a day – 5-6 hours of talk time, an hour of browsing, half hour of gaming and few hours of music can also be included.

[pullquote_left]Your Playground[/pullquote_left]Although a little late, the Nexus 4 has launched in India at an excellent price mark, lower than similar hardware equipped handsets, yet the first one to get updates. The Nexus 4 is also the most flexible hardware and a pretty premium looking handset. However, The Nexus 4 does lack the basic microSD expansion, possesses a sub par camera module, and somewhat cheeky display in comparison to its brother the Optimus G. That being said, if you want to experience Android, the way it was intended to be, then the Nexus 4 is your playground and Android is your sport. Even if that is not the case the Nexus 4 will satisfy!

Bharat Nagpal
Founder and Chief Editor of iGyaan. Bharat likes to keep on top of technology ! Follow Him on Google Plus : Google+
You Might Also Like
GoogleiGyaanLatestLG
Read More