[pullquote_left] Designed for energetic youth[/pullquote_left]One of the best things about Nokia’s Lumia 520 is the design and build profile. Nokia has been ever known to build high quality phones and the 520 is no less. The wonderful use of colors in the entire range also falls down onto the 520, the price bracket where the most playful market space of the energetic youth exists.

Of course in comparison to the higher ups the Lumia 520 feels a tad bit less refined, almost nimble, in front of the higher ups in the Lumia lineup. But it is comfortable to hold, and feels very sturdy in the grip of your palm. The back curves out softly into the edges ensuring a more cosy fit and feel also ensuring that the phone appears to be a lot slimmer than its 9.9 mm profile. The buttons are kept black on all colors keeping a keen sense of contrast alive on the handsets. The phone weighs in at 124 gms and hence is not  the lightest phone available, but is well within the small category.

The Display on the Lumia 520 is a 4 inch 480 x800 px IPS LCD display making it extremely pleasing on the eyes, fairly bright outdoors and good at color reproduction. The display also has excellent viewing angles, which ensures the maximum use of the larger 4 inch display. The innards are a mix of a dual-core Qualcomm Snapdragon S4 Plus processor, clocked at 1GHz, along with 512MB of RAM and expandable storage ( upto 64 GB) along with the fixed 8 GB of inbuilt space. You will also get 7 GB of Skydrive storage with each Lumia phone. The Graphics are handled by a capable Adreno 305 GPU.

A few things that might bother users is the lack of a front facing camera and the missing LED flash on the rear  5 megapixel flasher. The 1430 mAh battery will remind you of the olden Nokia days due to its looks and removable nature.

Nokia has really helped Windows grow as an ecosystem. With the Lumia 520, Nokia has once again got the Windows Phone experience close to the masses. Nokia adds a lot of custom apps and enhancements to make the Windows experience a lot better with their navigation, music and camera filters appealing truly to the masses (especially in India) . With the amber update due soon users will be able to use the FM radio on these phones, making them truly one for the masses, additional features including smart camera will also be released with the Amber update. 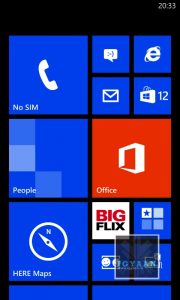 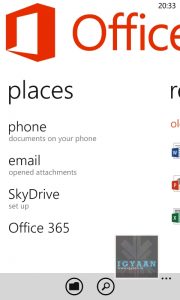 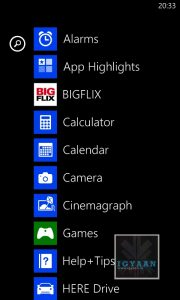 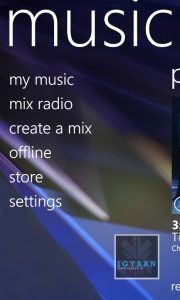 In its current form Windows Phone 8 is a somewhat adolescent OS, maturing two folds from its initial years, we still wouldn’t call it a fully mature OS. Many users will miss the customizations and the liberties enjoyed with the likes of Android. Those upgrading from Symbian, Java or even Blackberry 7 OS will really appreciate it for its worth.

[pullquote_right]Office on the no-go[/pullquote_right]The size of the display is good enough but not big enough to get real office work done. Office integration exists and can be accessed on this phone, but the Nokia Lumia 520 seems cramped, especially when comparing it with slightly bigger Windows phone hardware.

The application base is growing on a daily basis, and even though developers prefer Android and iOS because of sheer market size, the ease with which apps can be made for Windows Phone encourages a lot of developers. [pullquote_left]free unlimited Music[/pullquote_left]The included Nokia Music service giver users access to free unlimited Music for upto three moths, after which they have to opt in for a pricing plan. With this service users can literally listen to any kind of music and even create offline playlists to listen to later on. The screen is slightly dim, but bright enough for enjoying videos and images, audio playback is great as is video streaming and playback. Music through headphones is loud, but the included earphones are disappointing. The camera is a pretty basic 5 megapixel snapper, with a lot of noise and disturbance is low light images, affected more so by the lack of a flash module. The response from the camera is a little delayed, so you will need to steady your hand after you click a picture and wait for the preview to appear before you can move ahead. This will also be a problem if you have fast-moving subjects like kids or even pets. You still get camera lenses, so you can add filters or stylize your images, and the upcoming Smart camera will also be a great addition to the camera.

The phone call quality is solid, and networks are strong. With little or no disturbances on either end, you can hear callers great and the microphone picks you up for the person on the other end of the high bid spectrum. Battery life will be a concern for users. With lost of features constantly asking for connectivity the Nokia Lumia 520 barely gets on through the day. Talk time is established at around 4 hours with Nokia’s claim of 9 hours nowhere near it. The 1430 mAh battery seems a little small for the hardware on the inside of this phone honestly and with apps like Nokia music constantly pinging servers, battery life is a big worry. Nokia has yet again made it possible for almost everyone to own Windows Phone 8, the hardware is good, responsive and well-built. Nokia  also ensures that users throughly enjoy the Windows Phone experience with their Lumia 520, thanks to the included apps and services, with more to come in the Amber update. However cost cutting measures are clearly evident, the lack of a front camera and LED flash for the rear camera, a strangely small battery and the lack of support for NFC, which even though is not a big deal today, comes in each of the other Lumia hardware via external covers if not natively. But considering the price of Windows phone devices, at its current price, the Lumia 520 offers a lot more than owners can bargain for. Bharat Nagpal
Founder and Chief Editor of iGyaan. Bharat likes to keep on top of technology ! Follow Him on Google Plus : Google+
You Might Also Like
iGyaanLatestNokia
Read More