The build-up to Xiaomi’s event at MWC 2018 is very confusing. While companies like Samsung have confirmed the rumours and announced that the Galaxy S9 and S9+ will be launched at MWC, Xiaomi has been rather quiet about it. It was believed that the company would launch the Mi 7 at MWC but, recently, rumours about the Mi Mix 2S have picked up. However, a new leak focuses on the next ‘Mi’ flagship device, the Mi 7. A screenshot, believed to be a Mi 7 device, reveals a few key specifications of the upcoming smartphone. It claims that the smartphone will have 8GB of RAM and 128GB of onboard storage. Powering the device will be a massive 4480 mAh battery, a considerable upgrade over the Mi 6’s 3,350 mAh battery.

As expected, it runs on the Qualcomm Snapdragon 845 chipset and will have an 18:9 aspect ratio. What is a bit disappointing is that it has a resolution of 2160 x 1080 px instead of 1880 x 1440 px. Considering the fact that it is a flagship phone, the company should be pushing higher resolution for the device. 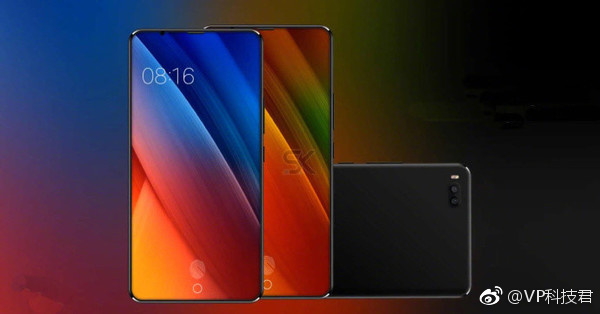 On the OS front is where the things get a bit sketchy. Xiaomi recently rolled out MIUI 9 for devices that were launched over 4 years ago but, the Mi 7 in this screenshot still runs MIUI 8. While it could be possible that MIUI 8.1.30X means the build is 30th January, and not an old UI, nothing is certain for now. What is certain is that any Xiaomi smartphone launched in 2018 will run MIUI 9 and not an older version.