The Samsung Galaxy Mega comes with the standard list of Box contents; The Samsung Galaxy Mega 5.8 is a large device, but clearly is not as large as its big brother the Mega 6.3, next to the Galaxy S4 the Mega 5.8 simply dwarfs the current flagship from the Korean Manufacturer. The display is a 540 x 960 px capacitive touchscreen, and despite a lowly 190 ppi the screen is really sharp and great to look at. The screen is also extremely bright, fairly visible outdoors and has good viewing angles. The Galaxy Mega features a dual core 1.4 GHz chipset which is the same chipset seen on the Galaxy Grand, which was pretty good at handling gaming on the smaller variant, but may not deliver on a larger screen with a higher resolution. The phone also has 8 GB storage and 1.5GB of RAM, along with expandability upto 64 GB via microSD.

The phone is also capable of handling two sim cards at the same time with Samsung’s new dual sim smart active mode with active forwarding to your numbers. The Galaxy Mega 5.8 has dual cameras, an 8MP main shooter and a secondary 1.9 MP camera, both of which capture video at 1080p. The phone also comes with Android 4.2.2 out of the box slapped on with a generous dose of Touchwiz, with many of the UI elements inspired from the S4.

The Galaxy Mega 5.8 appears to be big but is easily handleable and is not that bigger than the Galaxy Note 2. The phone will fit into regular denim pockets, but may cause issues if you are one of those skinny fit lovers.

The UI seems fast and responsive and the handset seems to be holding up well, stay tuned for a barrage of videos iGyaan Style. 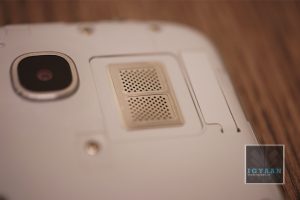 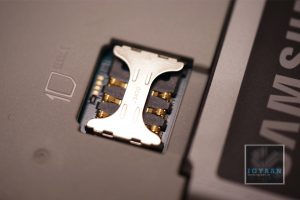 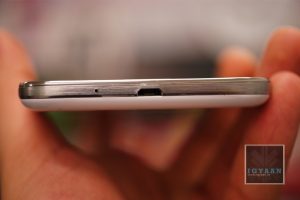 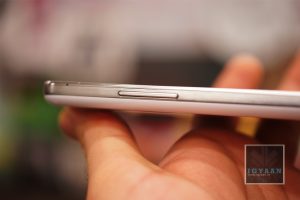 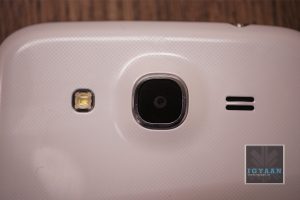 Bharat Nagpal
Founder and Chief Editor of iGyaan. Bharat likes to keep on top of technology ! Follow Him on Google Plus : Google+
You Might Also Like
AndroidLatestSamsungUnboxing and Hands On
Read More