Last year the Google Nexus 7 became the best 7 inch tablet on Android, only because the best 10 inch tablet turned out to be the Nexus 10. This year the Nexus 7 is back in a sleeker and more refined format, only to tackle the title yet again. This is iGyaan’s review of the new Nexus 7.

Setting the standards yet again the new Nexus 7 from Google offers the perfect mix of the right build and design you would expect from a tablet today. The back of the Nexus 7 loses the ribbed texture, only to be replaced with a plain soft touch back panel which not only is more comfortable to hold but also adds to the aesthetic. The new Nexus 7 2013 is slimmer, taller, and thinner than the first edition of the market breaking Android tablet.

The front of the new Nexus 7 2013 is laden with a Gorilla Glass display that stretches out to 7.02 inches and features a high resolution of 1920 x 1200 px, simply dwarfing any and every tablet in the market today when it comes to the display resolution.  The overall pixel density of the display rests at 323 ppi and the Touchscreen will accept a 10 point touch input.

The Innards are comprised of a Quad core Qualcomm Snapdragon S4 Pro chipset with a 1.5 GHz Krait CPU and an impressive Adreno 320 GPU which is clocked at 400 MHz. The 3950 mAh battery provides the juice and the optics are defined by a 5 MP main shooter and a docile 1.2 MP forward facing peephole. All this is supported by fixed internal  storage options of 16 GB and 32 GB along with 2 GB of RAM. Who says extra pixels are not good? On a larger screen the more pixels you can get the less they seem. The New Nexus 7 2013 finds this balance in the display size and pixel density nearing the retina stature for small handhelds. The display is gorgeous no matter what you do with it, movies, browsing and even gaming. The display delivers with vivid colors and excellent viewing angles.

The new Nexus 7 is a great content consumption device you will almost always enjoy picking up the tablet. The interface is instant in terms of response and the overall multimedia experience is just shy of what you could expect from a flagship tablet. The only real downside is the lack of enhanced audio, the inbuilt speakers, although stereo and well placed, simply are not enough. The new Nexus 7 2013 is US $ 20 more expensive than last years edition, most of which can be blamed on the additional 5 MP camera at the back of the tablet. The new camera may be an addition in price, but a lot of owners will accept is as a welcome addition and a valid additional expense.

The camera is no design and engineering marvel, with flat pictures and no real points of emphasis, it is just a camera on a tablet which may as well not have been there. Pictures from the main camera are prone to loss of focus and sometimes exposed inaccurately causing a severe problem in the overall feel when using the new Nexus 7.

Video capture is also average, with a lot of shake getting carried through to the 1080p footage. 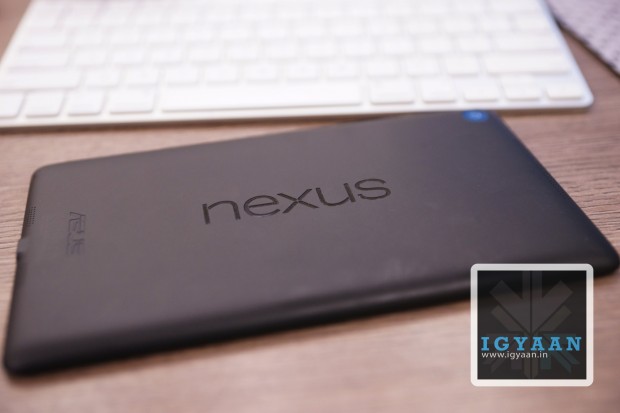 One of the biggest reasons the Nexus 7 came out on top last year was the fact that the tablet ran a completely vanilla Nexus rom with no customizations. Same is the case with newer edition Nexus 7 2013, the experience of pure Android makes performance of the device a notch better, the tablet a notch more responsive than any other custom Tablet UI including those from Samsung and Sony.

Gaming has been best defined in our video below. But, to elaborate a little more, the perfect size of the tablet, the light weigh and the hardware on the inside promises an unmatched gaming experience. You really will appreciate the Adreno 320 Graphics and the S4 chipset in action along with the ample 2 Gigs of RAM which make for an exciting gaming experience.

Nexus 7 as a Tablet

The new Nexus 7 2013 is more a tablet than its predecessor. Since a modern day tablet has to be portable, powerful, thin and light yet capable of long hours of use, the new Nexus 7 fits those criterion like a glove. The new Nexus 7 is a perfect balance, where on one hand it give you the portability you will need, on the other it offers up the performance you will demand. The tablet choses to look good while doing it as well. 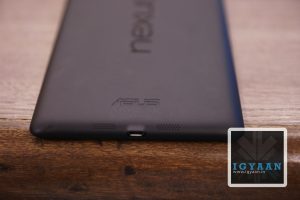 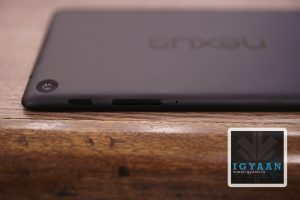 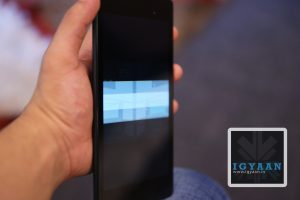 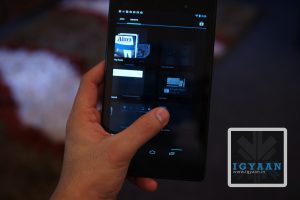 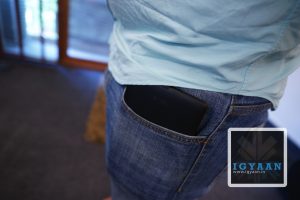 Since the lower strata of the market is crowded by tablets of the third edition, the slightly expensive Nexus 7 provides the ultimate satisfaction. But since no one is ever fully satisfied, the Nexus 7, just like the iPad, will never be a phone. Honestly, we don’t want it to be a phone, the 4G variant will offer up data on the go for those who need it. The new Nexus 7 has the highest resolution display, the best gaming performance, good looks and portable yet solid construction. Need we say more?

The new Nexus 7 gets tablet of the year 2013 (till September) from iGyaan.We expect the new Nexus 7 to launch in India soon, for pricing and more details click here. Bharat Nagpal
Founder and Chief Editor of iGyaan. Bharat likes to keep on top of technology ! Follow Him on Google Plus : Google+
You Might Also Like
AndroidAsusGoogleLatest
Read More