After months of leaks, rumors and blatant denials from Sony Ericsson, the most anticipated device from there stable is finally here the Sony Ericsson Xperia Play.

The best part its playstation certified.Tech Specs include

Look at the official Images along with three intro vids from Sony Ericsson. 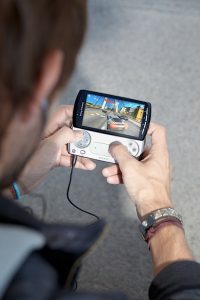 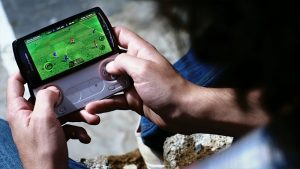 “This Spring, expect to see a lot of people with their heads down and thumbs up,” said Peter Farmer, Head of Marketing for North America, Sony Ericsson. “Xperia™ PLAY combined with the power of the Verizon Wireless network gives you everything you need in a smartphone and the one thing you want – the ultimate gaming experience.”

Xperia™ PLAY is powered by the latest version of the Android platform (Gingerbread version 2.3) – and is PlayStation certified, which ensures an optimized gaming experience featuring content from the PlayStation Suite. Xperia™ PLAY will provide a best-in-class gaming experience right out of the box with many of the most popular games pre-loaded, including Asphalt Adrenaline 6, Bruce Lee, Star Battalion, The Sims 3, and Tetris. More than 50 additional titles from top franchises at leading game publishers will be available for purchase at launch.

“Working with Sony Ericsson to bring the world’s first PlayStation Certified smartphone to the nation’s most reliable network builds on our commitment to deliver the best mobile gaming and entertainment experience to our customers,” said Jeff Dietel, vice president-marketing for Verizon Wireless.

According to the Entertainment Software Association’s 2010 consumer survey, in the United States:

Facebook users can enter the First2Play contest and could be one of the first 10 people to get the Xperia™ PLAY by visiting www.facebook.com/SEUSA.