Samsung’s curved display phone has ended up all the rumors and is now official, after being shown up in leaked rumors earlier, the company has announced that it will launch the Galaxy Round  tomorrow.

The highlight of the Galaxy Round is the curved 1080p 5.7 inch OLED screen, while Samsung is also aiming towards a bunch software tweaks for the smartphone. Other specifications include a 7.9 mm thickness and the device weighs 154 grams. 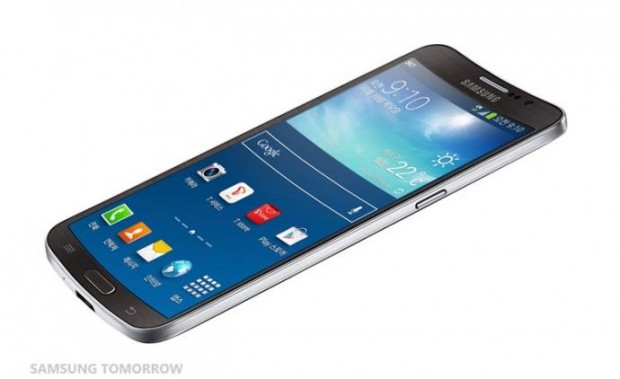 The device looks no closer to the prototype displayed earlier this year, you can check out the video below to know what the phone looks like and what are the special software tweaks Samsung has for its new Galaxy Round, one of them is the roll effect shown in the video. The new phone will be powered by a 2800 mAh battery, launching tomorrow in Korea the device is priced around $1,000. Stay tuned for more information on the Galaxy Round.

As a result of its unique curved design, users can take advantage of round integration experiences like the Roll Effect that enables user to check information such as date, time, missed call and battery easily when home screen is off, and the Gravity Effect for creating visual interaction with the screen by tilting the device. For music, the Bounce UX enables users to control their music. When the GALAXY ROUND’s display is off while the music player is running, a short press to the left of the device will play the previous track while a short press to the right will play the next track. For pictures and videos, the Side Mirror feature enables users to gain access to list of the album content with a left and right tilt.

The large screen size of the GALAXY ROUND provides additional benefits to users. Useful One-Hand Operation features bring a user’s most desired controls closer to a preferred side of the screen. The device enables enhanced multitasking capabilities that allow users to fully utilize the larger screen through Multi Window, a feature that enables users to open more than one application on the screen, run simultaneous multiple instances of the same application or to easily share content between applications.

Samsung GALAXY ROUND is available in Korea with Luxury Brown, and more color will be available soon.

* All functionality, features, specifications, and other product information provided in this document including, but not limited to, the benefits, design, pricing, components, performance, availability, and capabilities of the product are subject to change without notice or obligation.[/toggle]