Everything You Would Want To Know: Samsung Galaxy Round

by Preetish GumberOctober 11, 2013
4
Now Reading
Everything You Would Want To Know: Samsung Galaxy Round
Browse This Page 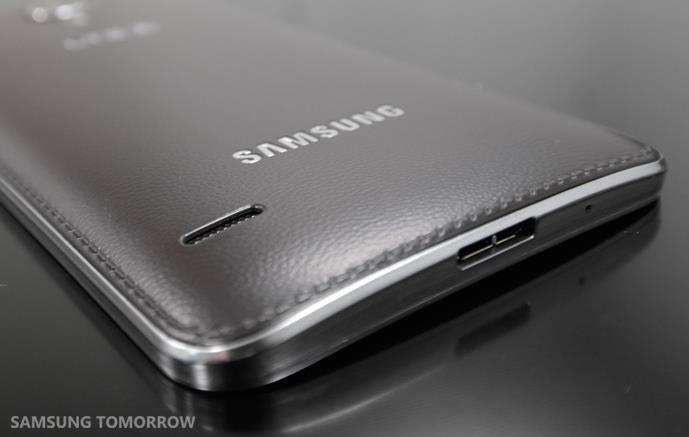 Samsung announced the Galaxy Round just two days back, the Flexible OLED technology was first introduced by Samsung at the CES 2013 in the month of January. Ever since then we have got rumors suggesting Samsung is to announce the curved display phone. The rumors came out to be true as Samsung did officially launch the Curved Display Smartphone, the Galaxy Round. The device is very much identical to Samsung’s latest Note, the Galaxy Note 3. The Galaxy Round has the same leather like stitching at the back of the device, and both the devices also share the same screen size, the difference is just the curve for the Galaxy Round.

The Galaxy Round is the first of its kind smartphone available in the market, for now the device is only available in Korea. However we assume that it should be available to all markets soon.

The Samsung Galaxy Round has a 5.7 inch Full HD Super Flexible AMOLED display with a resolution of 1080 x 1920 pixels and 386 ppi. No doubt, the Korean company said such a curved screen smartphone is the first in the world. Moving further, the Galaxy Round is packed with a 3 GB of RAM along with a 32 GB of inbuilt storage which is expandable upto 64 GB via Micro SD card. The device has a 2800 mAh of battery, which is a bit low if compared to the 3200 mAh for the Galaxy Note 3. The Samsung Galaxy Round is powered by a 2.3 GHz Krait 400 Quad-core processor with a Snapdragon 800 Chipset (the much awaited chipset for ‘Samsung’ devices in India) and an Adreno 330 GPU. The device sports a 13 MP camera at the back along with LED Flash and a 2 MP front camera. The 13 MP rear camera does videos at 2160p @30fps and 1080p @60fps.

The Galaxy Round is available in the Korean market and is launched in the luxury brown color for now. The device measures 151.1 x 79.6 x 7.9 mm and weighs 154 grams. If we talk about the connectivity option on the Galaxy Round, we will again see something very similar to what we saw on the Galaxy Note 3 as the images of the Galaxy Round clearly shows the USB 3.0 port. Now, we all know all these specifications and features are amazing but what is the benefit of the curved display ? the company has not made it clear either, but we did see a video that showed the roll effect which showed the battery status and other notifications by just wobbling the device around. Samsung is introducing a new feature called “Round Interaction,” which will allow users to look at information such as missed calls, battery life, and the date and time when you tilt it on a flat surface with the screen off. Samsung also claims that switching between home screens will feel like one continuous transition, and has worked on new tilt- and tap-based interactions for the music and photos apps. The phone itself doesn’t flex, but the curved or smile shape makes it more comfortable to hold, Samsung says. Questions like, will the device be comfortable holding up to the ear while talking?, will the device fit in the pocket easily ? remains unanswered as these can only be answered when we get our hands on the device. The company has not shared its plan to launch the phone in other markets yet, but we will update you on this with time. The device is priced at 1.09 million won (around $1,013), you can check out some images below: 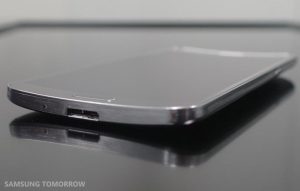 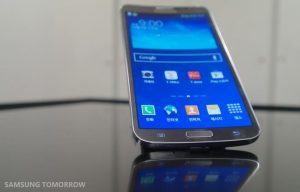 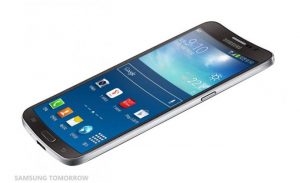 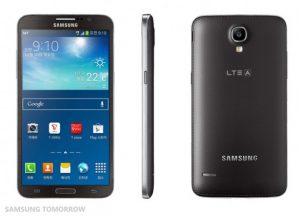