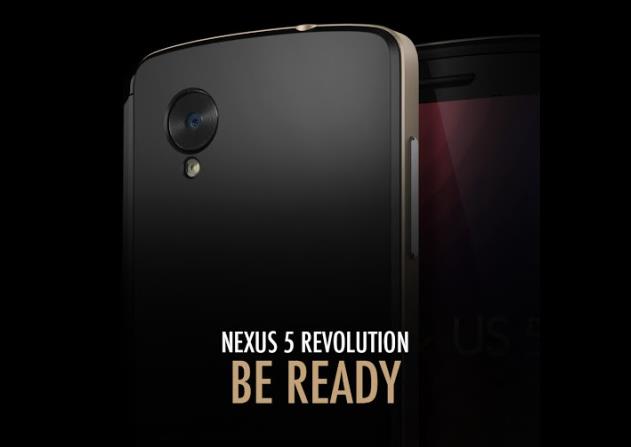 Case maker SPIGEN leaked the Nexus 5 images yet again with a photo showing back of the device. The recently leaked image shows the large camera sensor at the back of the device which is supposedly a 8 MP camera as per the manual that leaked out previously.

According to an earlier leak by SPIGEN, the Nexus 5 will launch on October 31, but the latest information shows October 30 is the date. Earlier this month, the rumored Nexus 5 showed up with leaked battery, pricing and storage details. The report showed us that the 16 GB Nexus 5 model will supposedly be priced at $299, while the 32 GB Nexus 5 might be priced at $399. However, the rumoured specifications of the Nexus 5 are a 4.95 inch full HD IPS LCD display, supposedly the device will be powered by a 2.3 GHz Quad-Core processor with a Snapdragon 800 chipset along with a 2 GB of RAM, 8 MP camera, a 1.3 MP front facing camera. The device is believed to be run on Android 4.4 KitKat. While these are some leaked specification, the official news should not be away. Stay tuned!