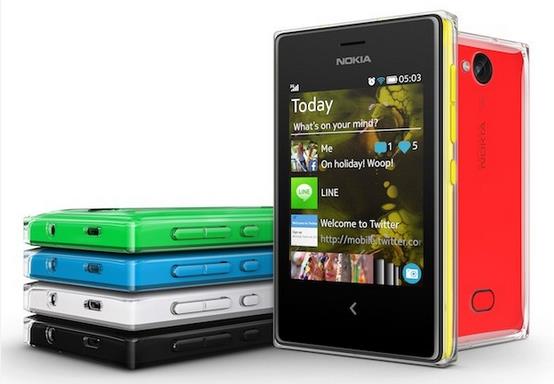 Nokia has not only focused on high end and Mid range devices with the Lumia 1520 and Lumia 1320 respectively, the company has also launched its feature phones, the Nokia Asha 500, 502 and the 503.

Nokia said that 26 million Asha phones have sold so far, the company has announced that it’s adding three new phones to the Asha series. All the three feature phones showcases the same primary colored plastic casing as we have seen on the 501, the only difference one can easily catch is the new glass like layer of transparent polycarbonate. On the availability of Whatsapp on the Asha phones the company proudly claimed that Whatsapp registers 250,000 users everyday through Nokia handsets. Nokia also announced that the social feature on Fastlane, Asha’s list-like view of recent activity, is now customizable. All these features would also be updated to the already available Asha 501.