Apple Launches the iPad Air with 43 % smaller bezel and a 7.5 mm thickness

by Bharat NagpalOctober 22, 2013
1
Now Reading
Apple Launches the iPad Air with 43 % smaller bezel and a 7.5 mm thickness
Browse This Page The Apple iPad event is live and the company has announced a brand new iPad called the iPad Air. The new tablet has a 43% thinner bezel and a thinner 7.2mm thickness, the iPad Air also has 5 MP iSight camera with dual microphones. iPad air ships November 1st, in many countries across the world including China and hopefully India as well. The iPad Air also weighs just 1 pound which is .4 pounds lighter than the iPad 3 or iPad 4. The new thin iPad also runs the new A7 chipset seen on the new iPhone 5s which means that the performance seen on the hardware will be quite similar especially in the graphics area. 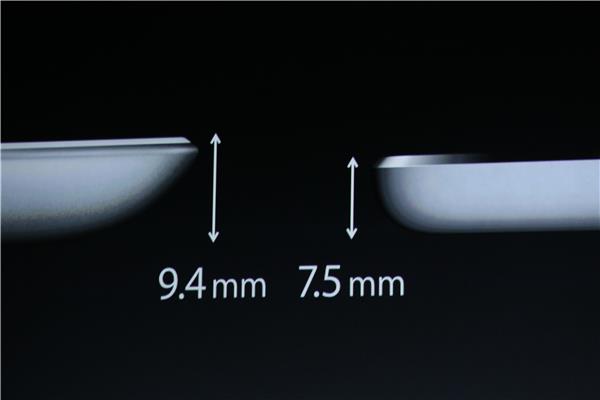 Apple has discontinued the iPad 3 and iPad 4 and will now sell the iPad Air starting US $ 499 and a cheaper iPad 2 for a price starting US $ 399 for the 16 GB WiFi only variants.