Lets start with the Unboxing video.

The device packs a semi decent set of Specifications

For an entry level Android phone thats quite a lot of specs, At the price bracket this device is in you can only expect dunb-phones. This device promises and delivers a lot more than you bargain for. 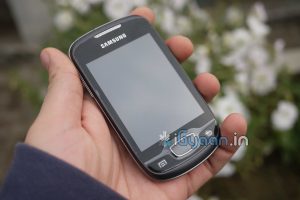 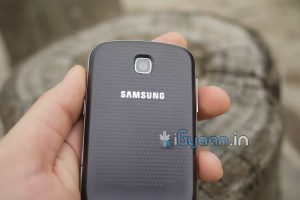 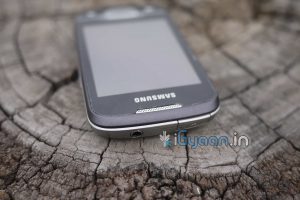 The Galaxy Pop features a 3.14 inch capacitive touchscreen LCD display, that has a native resolution of 240 x 320 px. While on the outset the device is fully capable and display is good while navigating through menus and using the phone in its basic functions.

The quality of the Display really shines( or blackens) when you actually put it to test while browsing the internet, or watching videos. The display has a poor case of pixel love. The website text is highly unreadable and you need to zoom in to high levels to get basic text to readable state. There is no auto reformatting of text , so you will constantly be panning and rotating your device to get one article or basic letter read in the browser.

Lets just say the Display on the Galaxy POP = FAIL

The touchscreen on the other hand is a marvel. Samsung has made an overall improvement in how the touch digitizer reads the input, thereby making the touchscreen technology used in their devices a brilliant aspect of their lineup. The new Galaxy POP is not left behind and utilizes the same new touch technology along with the optimized Android 2.2 makes using the phone a bit more cheerful. The Camera on the Galaxy Pop stands at a semi decent 3.15 MP , the disappointing bit is that its fixed focus. The picutre quality is only decent and you will find yourself struggling to get the right focus even in the brightest of light conditions. The camera is a complete failure in low light situations due to lack of flash LED. You will also find that the video quality is as you would expect from a VGA video capable camera, half decent.

You do however get a huge array of selectable features in the Camera APP and thus letting you select b/ Several shooting modes, scene modes, it lets you add effects and choose resolution etc. Making the Camera app a “princess designed for a pauper”( camera hardware).

Multimedia features are let down by the overly poor (as mentioned earlier) low res display, video just does not cut it on this screen and is just a poor feeling once you get down to watching videos. Audio however is a story told differently , and throughout the new Galaxy series you will see that the audio quality goes from good to excellent as you progress up in the chain. The speakerphone on the Galaxy POP is very impressive and will not be a let down. The phone features an FM radio and thanks to android is capable of playing almost any file format under the sun thanks to its impressive array of Apps.

The included earphones also provide good isolated audio, with a little tweaking from a good equalizer,

Every phone need to be good at one thing, “being a phone”. The Galaxy Pop does just that with the ability to impressively make phone calls the earpiece, microphone and loudspeaker do their job well and promise good conversation abilities. In our tests we found that the device had close to none calls dropped and almost full network bars throughout.

The swpe keyboard makes messaging and emailing on this a breeze, with a bit of learning curve you will find yourself texting away in a marathon. Although, if like us you prefer the normal keyboard, that option is available too. 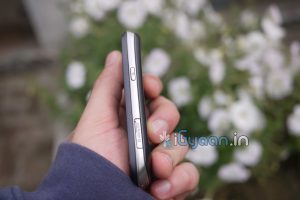 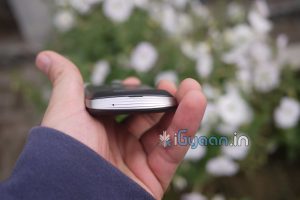 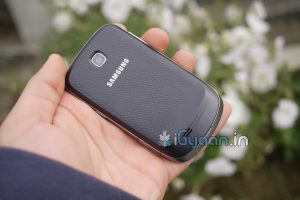 The Galaxy POP is a semi decent low price entry level Android 2.2 device from samsung. But , we think you deserve better, the display quality is just not acceptable and lets you down on several levels. The phone is plasticy in build and looks like a toy at the end of it. It performs all the functions it intends to do, But makes you fell let down all the way. gaming performance is also average with several games blocked from the marketplace.

Overall we would recommend that you look at other options if display and gaming performance is your main criteria. Save your money for the time being or change your budget (if you can).

Scroll down for sample shots and Full Video Review 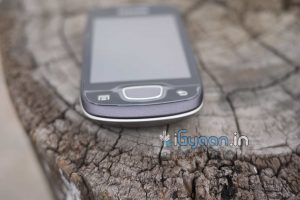 SAMPLE IMAGES From the Camera of the Galaxy POP