The Gear Fit wearable device is a fitness band which is focused on health. However, the company proudly says that this fitness wearable is different for any available alternative in the market as this has the capability to perform tasks like show notifications, reject calls, and play music.

The Gear Fit is dust and water resistant with IP67 certification. This wearable device is loaded with Bluetooth 4.0 LE (low energy) wireless connectivity. The Gear Fit is powered by a  210 mAh battery, and the company claims will give usage of 3 to 4 days, and up to 5 days with low usage.

Users can swap the wrist bands of the Gear fit, and replace with the other color options Samsung has. The company has also launched some more, designer bands for their wearable devices. You can check our Hands-On video above and image gallery below: 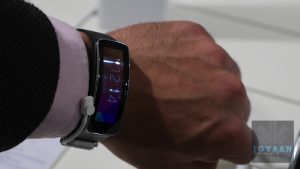 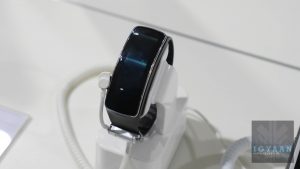 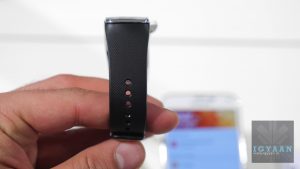 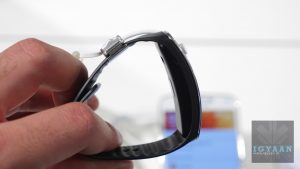 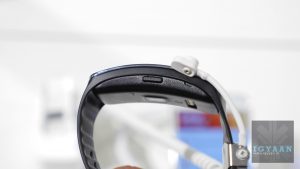 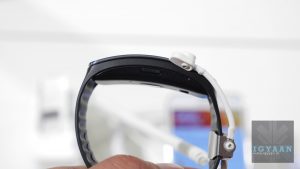 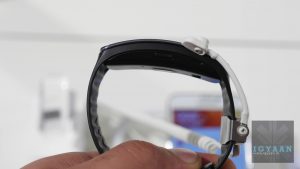 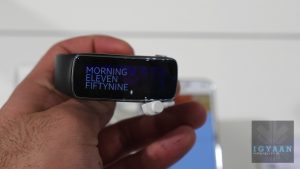 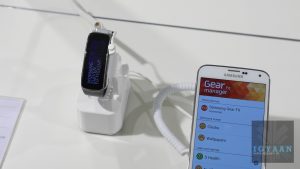