Hands on with the new Nokia Lumia 630 running Windows Phone 8.1 Nokia is excited about the new Nokia Lumia 630 and so are we.

Nokia just announced a flurry of devices to go along with Microsoft’s new Windows Phone 8.1 update. The new Nokia Lumia 630 is one such device which will be available in India soon within a price bracket that will satisfy many a buyers.

India will be amongst the first countries in the world to get the first ever Windows Phone 8.1 device, when it launches this May for a price that may be well under the Rs. 13000 price bracket.

Think Nokia Lumia 520 meets Nokia X and iPhone 5c this is what the resultant is: A big bright phone with swappable color back panels, a great build quality and impressive OS handling. 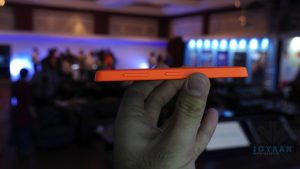 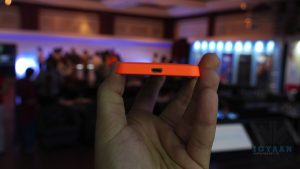 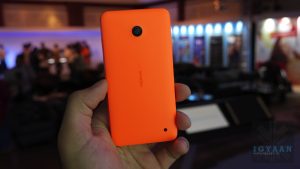 Running Microsoft’s recently announced Windows Phone 8.1 out of the box we were quite impressed by this device’s performance on the pre-build OS. The handset has been tastefully pastured with matte finish on the back which is flatter on the sides and slightly rounded at the back.

This is also the first Windows Phone handset to ditch the hardware touch keys for on screen buttons, and it may take a while to get used to especially if you are coming from a previous Lumia.  You also end up losing a lil bit of the screen real estate. The Nokia Lumia 630 may as well be an entry level handset if you look at the hardware. The front poses a 4.5-inch IPS ClearBlack display with a 854 x 480 px resolution Corning Gorilla Glass 3 but no front camera, the rear has a 5 Mp camera but lacks any flash or lighting. It takes in two Micro Sim cards, only the first one handles 3G data while the other holds on to 2G. Smart call forwarding forwards the call from the second sim to the first sim or vice versa if you are on a call so both sim cards are sort of active. The battery is bigger than previous versions of the Lumia family with an 1850 mAh battery in the back.

RAM may be the one thing that brings down the Lumia 630, with just 512 MB under its hood, the hardware level disappointment will create a major withdrawal. Especially considering that previous “budget” Lumias have been shipping with 1 GB. 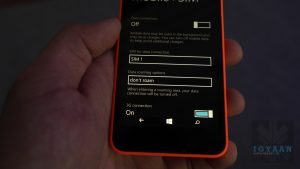 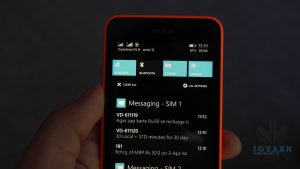 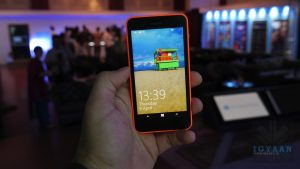 Thanks to Windows Phone 8.1 out of the box, you get smart sim management, various in built sense options including WiFi Sense, Battery Sense and Storage Sense. You will also get the new boxy notification panel dubbed “Action Center” which was long anticipated.

Stay Tuned for our hands on review video followed by a full review.

Bharat Nagpal
Founder and Chief Editor of iGyaan. Bharat likes to keep on top of technology ! Follow Him on Google Plus : Google+
You Might Also Like
iGyaanLatestMicrosoftNokia
Read More