If you are a 90’s kid or have lived through them, you’ve had the wonderful opportunity to witness the physical evolution of the electronic devices in front of your very own eyes. I remember being 13 and having access to internet for the first time. It was a thrill to wait 30 minutes to wait for a single image to load. We saw the transition from pagers to cellphones to smartphones. The noughties was an era of innovation explosion, almost reminiscent of the gold rush.

As with every new innovation, the success path is paved through by a series of failures. So here is a list of some of the major tech blunders of the past decade: You may ask, “what’s a Zune?”, well, that’s exactly the point we’re trying to make. Microsoft’s “iPod killer” was no match for Steve Jobs’ marvel contribution to consumer electronics. The device wasn’t as bad as it has been played out to be, it just wasn’t any different from the iPod. In fact, the Zune HD was appreciated by a lot of people. The problem could be that it was launched way late into the game – while the iPod was released in 2001, Zune was released in 2006. By that time Apple had settles comfortably into the market, with large number of existing consumers. It also trampled Zune’s reputation by launching massive marketing campaigns to ridicule it across various medias.  In 2011 Microsoft finally gave up and pulled the plug on it. It was called the war of the HD Discs. The reason for the war was to find the right media forward for high definition content. Blu Ray won the war easily. One of the major reasons for the HD-DVD shutdown was Sony. The company used its production studio might to convince all other major studios to back Blu-Ray and help it become the release standard for High definition content. The final blow to HD-DVD was Warner Bros. and WalMart siding with Blu-Ray. Toshiba ended up losing a billion dollar because of this attempted venture. Palm were the manufactures of portable wireless devices and operating systems. They were the creators of the WebOS, an innovative and cutting edge operating system. They were also one of the first manufacturers of smartphones. By 2009 they started dealing with multiple production delays  and the company was slow to realize that consumers wanted wireless voice and data combined in one device. Palm was taken over by HP, who after just eight months of marketing the new devices based on the webOS, shut down the program and sold the webOS to LG. Now LG has incorporated the OS in their new line of Smart + TV’s. Not to be too hard on Microsoft, but they brought this upon themselves. Vista was heavy on the processor, took 50% computing power to run the OS and was even incompatible with a lot of older systems. Vista was marketed as 6 different versions, further confusing the users who decided to stick with their Windows XP. There were regular glitches with the Vista which further persuaded users to stick with the XP. Most of the issues of the Vista were later corrected in the Windows 7 operating systems. The famous Justin Long featured Apple commercials also did major perceptional damage to the Vista. 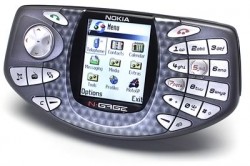 This was a dream phone of every teenager which burst as soon as they got their hands on it. It was novel idea during the time of its release but the lack of game selections and crummy design spelled its doom. If it was planned better it could have become one of the top selling gaming phones and would have given a real competition to the PSP or Game Boy Advance. Instead here is a poorly designed phone which was priced twice as much as a PSP. 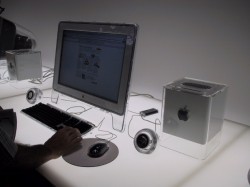 This would probably be Steve Jobs biggest blunder. Apple Power Mac G4 Cube was a Cube shaped personal computer suspended in an impressive acrylic glass casing. While it got rave reviews for its design, the system was impractical to upgrade. Also, there were numerous complains about cracks in the clear plastic casings. The product was only sold for a year before being shut down to put more emphasis on the iMacs. 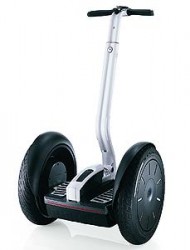 You might remember Akshay Kumar riding it in Desi Boyz or if you are a Marvel fanboy like me, you would have seen the most badass Iron Man villain, Jeff Bridges, riding it in the first movie. It was prompted as the replacement of “Walking”, yes that biological function that can be done for free, while on the other hand a Segway could set you back $5000. It was supposed to prevent the rider from falling which was proved wrong when the former US president George W Bush fell off it. The plan was to sell 50,000 to 100,000 units in the first year, instead only 30,000 Segways were sold between 2001 to 2007. Now its mostly used by mall and airport security.

Happy Nagashetti
iGyaan Network's newbie Happy is a Technological Hedonist, Traveller, Photographer, Curious Humanoid and a giant foodie who is always pumped up for new adventures.
You Might Also Like
iGyaanLatestTech
Read More