More Jobs Thanks To The Battle Of E-Commerce

by Parul Ritvik SoodJune 5, 2014
1
Now Reading
More Jobs Thanks To The Battle Of E-Commerce
Browse This Page Flipkart, India’s largest online retail portal, took a great leap this year when it bought Myntra for $330 Million. It was the largest acquisition in the Indian E-commerce sector since last two years. Flipkart is now in battle with Amazon.in and they are locked in competition for the throne of the biggest e-commerce website in India. The invasion of giants like Ebay and Amazon is forcing Indian online retailers to get critical masses to compete. 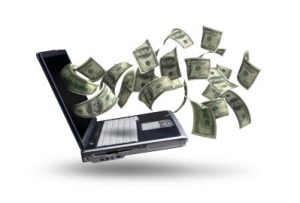 Founded by two ex-employees of Amazon, Flipkart is expanding day by day and is introducing new categories to their site. They also grabbed an exclusive deal with Motorola Mobility for the sales of Moto X, Moto G and Moto E which has been a phenomenal success. The company immediately rand out of pieces after the release of Moto G and E, even though they had prepared and kept a massive stock.

Flipkart’s merger with Myntra created an entity with annual sales of $1.5 billion, which is over half of the country’s emerging online shopping market. Venture capitalists have been bucketing money into the sector, scenting potential.

So far, $497 million worth of deals have been struck already this year, in comparison to the $592 million for all of last year. Most are small in value but significant stepping stones as retailers put together critical mass.

This battle of the e-throne is also giving a boost to the number of jobs in the sector. The new websites are going live and old ones are expanding. As foreign and domestic e-retail giants are swelling up their businesses antagonistically against each other, hiring activities are expected to grow by over 30 per cent in the sector and may help create up to 50,000 jobs in the coming years.

Since 2012, considering the growth vista of the E-commerce sector in India, major venture capital firms such as Accel Partners have invested significantly. In one of the principal fund raising, Flipkart.com, in August 2012, raised about INR 822 crore (US$140 million). Entertainment ticketing website BookMyShow.com raised INR 100 crore (US$17 million) asset by Accel Partners. On July 10, 2013, Flipkart announced it had received $200 million from existing investors Tiger Global, Naspers, Accel Partners, and ICONIQ Capital. New investors who are making up the additional $160 million include Dragoneer Investment Group, Morgan Stanley Wealth Management, Sofina, Vulcan Inc. and more from Tiger Global. 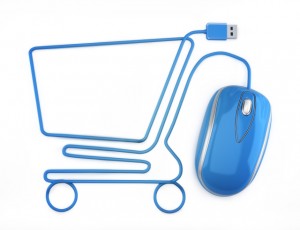 Hiring has been rather slow in the e-commerce space over last couple of years, but recruitments are expected to rapidly grow by 33 per cent, over the previous year as various retail brands are also bringing in their business online.

According to Amazon, the industry is growing at a fast rate and there is still a huge potential for growth. They have grown exponentially over the last 11 months and chances are they will continue to see growth.

To match the rise and pace of the sector, there will be an explosion of new jobs and recruitment’s soon. The scenario of the sector can  be compared with the BPO explosion in early 2000’s which employs approximately 1 Million professionals at present. Nevertheless, BPO offered jobs to people from all walks of life, from housewives to high school graduates, while E-commerce sector need skilled employs which restrict their hiring process.

Driving sales growth is India’s fast-growing number of Internet connections which was triggered by exploding sales of affordable smartphones and data plans. Internet users, total of 175 million, expected to grow to 429 million by 2019. Up to 30 per cent of e-shopping now is done using mobile devices. About three-quarters of online shoppers are aged 15-to-34. This broad consumer market and the fact that e-commerce websites in India are constantly trying to up their game is creating a huge potential for an jobs in the industry.

Important Update: Last night Reuters reported that the Indian Government is planning to ease the restrictions on foreign e-commerce sites like Amazon. Another good development since this will allow them to sell their own products in the Indian market.

Parul Ritvik Sood
iGyaan Network's newbie, Parul is a Writer, Poet, Reader and Mass Communication Graduate with great interest in startups and entrepreneurship.
You Might Also Like
AmazonBusinessEditorialHome
Read More