All That We Know About Amazon’s Secret Smartphone

by Parul Ritvik SoodJune 18, 2014
1
Now Reading
All That We Know About Amazon’s Secret Smartphone
Browse This Page Amazon is said to be releasing its first ever Smartphone today at an event in Seattle, where it will finally show off what it’s been working on for past year. The event will see a new addition in Amazon’s gadget family, which currently consists of Kindle Fire Android-based tablets, Kindle line of e-readers and the very recent set-top box called Fire TV. This new Smartphone will be the latest component of the retailer’s hardware family.

Rumors have been insisting that the Amazon Smartphone has been in the works for quite a while. They’ve also talked about its unusual features such as the multi-camera gesture-tracking system and a pseudo-3D eye-tracking interface.

Some of the earlier rumors suggested that Amazon would team up with HTC in order to produce a joint-effort smartphone. It had been said that talks between the two had been ongoing since June 2013 and that anything could change at any given moment. While more recent rumors also suggest Amazon has built its phone in-house, the HTC partnership still remains a possibility.

Amazon released a teaser video two weeks back that doesn’t show the device in question, but it does depict users interacting with a device. They talk about how it “moves with them” and there are shots of them tilting their heads back and forth to see how the product responds. It gave us a basic understanding of how its 3D effect might work.

The Wall Street Journal reported that Amazon is building a phone with a 3D screen back in May 2013. This report said that the device will use a retina-tracking camera, and 3D hologram-esque imagery would appear to float above the device’s display. But, we’re not entirely sure how it would look and work when used physically. 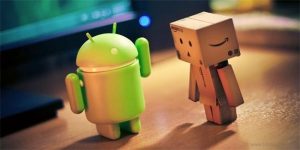 The device is said to be equipped with Qualcomm Snapdragon 801 SoC, with the display being a 4.7-inch 720p panel and 13MP rear-facing camera, a 2MP front-facer which seems unequipped to compensate with 3D technology.

Amazon is also said to be expanding its hardware family with its secretive think tank called Lab126. This is apparently where Amazon engineers come up with innovative gear that leads to features like the Amazon smartphone’s expected multi-camera gesture-tracking and parallax pseudo-3D system.

Some rumors suggested that the phone may be given away for free to current Amazon Prime subscribers, but Amazon shot those down pretty quickly. We don’t know if or when we’ll see the device launched, but one thing we know for sure is that Amazon will always have it in stock.

Parul Ritvik Sood
iGyaan Network's newbie, Parul is a Writer, Poet, Reader and Mass Communication Graduate with great interest in startups and entrepreneurship.
You Might Also Like
AmazoniGyaanLatestTech
Read More