Microsoft’s CEO Satya Nadella announced the biggest job cut in the history of the company. The company will lay off 18,000 of its employees. The majority of these cuts, around 12,500 will be Nokia employees. The cuts will be on all fronts, from professionals to factory workers, everyone can expect pink slips.

In a letter to his employees, Satya Nadella stated that the first 13,000 folks losing their jobs will be notified in the coming six months. He also said that while the cuts are being made, there will be some employment opportunities in other areas too.

He promised that the process of job cuts will be thoughtful and transparent. Microsoft will offer severance packages to all and will also provide job assistance. The reason cited for these cuts is simplification of work and the integration of Nokia Devices and Services into the company’s model. 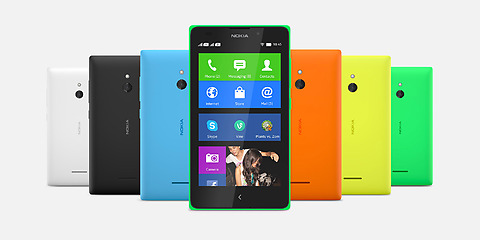 The most important aspect of this news is that the Android-based Nokia X product line up will be integrated into the Lumia products and will run on Windows OS. This has to be the single most brutal take down of brand in the history of corporate acquisitions.

Microsoft had earlier announced that they will do away with the Nokia brand name as they believe that the brand name is outdated. We have previously brought you extensively researched story about the rise and fall of Nokia and with this development, you can expect the death of Nokia. From here on, Nokia may be just mentioned in nostalgic past references about its glory days. A titan that the mobile industry, as well as we, grew up with has finally perished.

likethis
What's your reaction?
Awesome
0%
Epic
0%
Like
0%
I Want This
0%
Meh
0%
Posted In
Business, Latest, Microsoft, Nokia
Tags
demise of nokia
demise of nokia
About The Author

Happy Nagashetti
iGyaan Network's newbie Happy is a Technological Hedonist, Traveller, Photographer, Curious Humanoid and a giant foodie who is always pumped up for new adventures.
You Might Also Like
BusinessLatestMicrosoftNokia
Read More