It is a good day for smart watch lovers; Following the unveiling of Samsung Gear S and Gear Circle, LG  announced its new G Watch R smartwatch, and it’s one of the most elegantly designed smartwatches we have seen.

The LG G Watch R is said to be the world’s first watch-style wearable device to feature a circular Plastic OLED (P-OLED) display. It utilises 100 per cent of its watch face unlike Moto 360 which has flat bezel in the bottom of the screen.

Like LG’s G Watch, the G Watch R runs on Google’s Android Wear operating system, but that’s by far is the only similarity between the two watches. The G Watch R’s circular touchscreen measures 1.3 inches versus the G Watch’s rectangular 1.65-inch screen. The G Watch R’s display has a higher resolution (320 × 320 pixels) compared with the G Watch’s (280 × 280 pixels).

LG claims that it’s viewable in sunlight and clear from any angle, and the plastic also comes with some durability benefits. The screen rests in a stainless steel frame, and comes with an interchangeable calf skin leather strap. 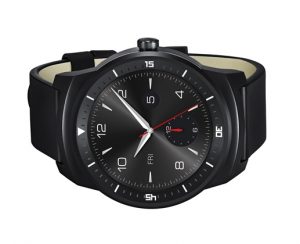 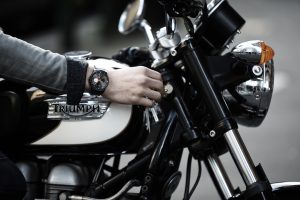 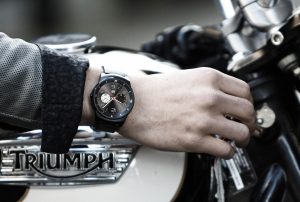 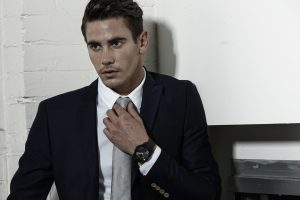 The G Watch, which sells for $229, took heavy criticism for not including a heart-rate monitor which the company has included in the new G Watch R. It is said that the new device will give tough competition to the much popular Moto 360 which turned lot of heads around during its unveiling at this years Google I/O.

LG G Watch R is already a crowd favorite with its retro-style analog watchfaces, which show sweeping second hands and a set of internal dials that look like a classic watch. There’s even a classic watch crown on the side, which is likely the power button disguised in style.

The sophisticated looking G Watch R come only in black. The Android Gear powered device will run all compatible apps available in the Google Play Store and with an Ingress Protection Rating of IP67, the LG G Watch R is designed to run for up to 30 minutes in one metre of water too. Talk about durability.

The LG G Watch R is said to available in market sometime around this year’s Q4. Prices and details of availability will be announced at the time of local launches. The watch will be on display at IFA 2014 in Berlin next week.

Parul Ritvik Sood
iGyaan Network's newbie, Parul is a Writer, Poet, Reader and Mass Communication Graduate with great interest in startups and entrepreneurship.
You Might Also Like
AndroidLatestLGWearables
Read More