Along with the launch of latest flagship Galaxy Note 4, Samsung has also launched Gear S, the company’s newest smartwatch. The new smartwatch will be available from October 17th at the price tag of Rs. 29,500. Along with that, the company announced the partnership with Vodafone to give 2GB Data free for the users 2 months.

The new Tizen based smartwatch is the first smartwatch from Samsung with built-in 3G connectivity, and  have ability to connect to 3G and 2G networks on its own, meaning users won’t need to keep it wirelessly connected to a smartphone in order to get notifications or make calls.

The Samsung Gear S has a 2-inch curved AMOLED display. It is topped with dual-core 1GHz CPU inside along with GPS, heart rate and motion sensors. It is powered by a 300mAh battery which Samsung says can last up to two days. It runs Tizen instead of Android Wear, with pedestrian navigation available from from Nokia’s HERE and support for Facebook. 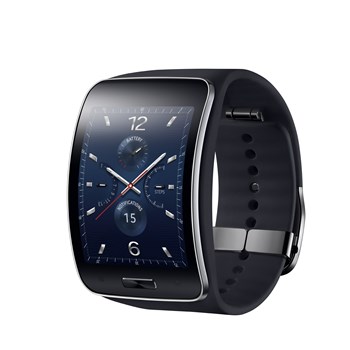 It also lets you reply to incoming messages using the onscreen keyboard, or S Voice functionality to complete your tasks. You can also make and receive calls directly from your wrist, or get calls forwarded from your smartphone.

The 2-inch curved AMOLED display is kept at a 360 x 480px resolution, which comes out to a fairly impressive 300 pixels per inch. The smartwatch does not sport a camera, and unlike Samsung’s other Tizen-based Gear watches, it has a standalone music player.

Parul Ritvik Sood
iGyaan Network's newbie, Parul is a Writer, Poet, Reader and Mass Communication Graduate with great interest in startups and entrepreneurship.
You Might Also Like
LatestSamsungWearables
Read More