Hands On : Micromax Canvas 4 Plus

by Bharat NagpalOctober 28, 2014
1
Now Reading
Hands On : Micromax Canvas 4 Plus
Browse This Page Micromax has dropped a few handsets in the past months, that have made big news. The Canvas Nitro, Canvas Gold and the A1 Android One Phone, are a few examples of products that made headlines. The Canvas 4 Plus will make headlines of its own, however, it may be the iPhone 6 plus’ bendgate that influences this one.

The Canvas 4 plus, is a new entrant and features a 5-inch 1280 x 720 p display along with an octa core Mediatek chipset, 1 GB of Ram and micro SD card expansion. The phone is might slim at just 7 mm thick and boy, does it bend easily.

In our unboxing of the phone, just because the phone looks so similar to an iPhone, we lightly attempted a bend test and it bent out of shape. We didn’t go all the way, as it would totally ruin the review of the phone. However, once the whole mumbo jumbo is over we might give it another go.

The phone also shows signs of warming up during basic usage and especially so during browsing the internet. The phone comes preloaded with a bunch of applications and the Quick Look blinkfeed-esque interface that takes away from the user experience and you will find yourself trying to remove them sooner than expected.

The phone other than the bending issues feels good in the hand and has metallic buttons, however the bending really makes you worry about the build and the plastic top and bottom parts come off easily at the back. 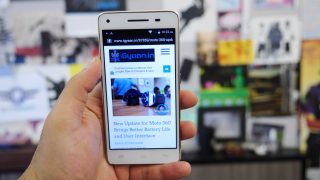 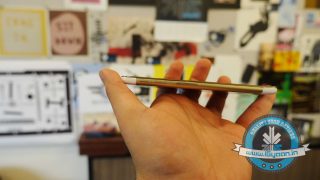 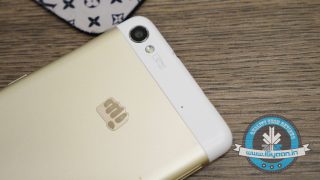 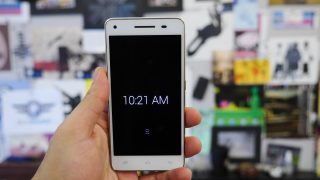 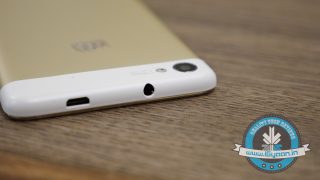 Bharat Nagpal
Founder and Chief Editor of iGyaan. Bharat likes to keep on top of technology ! Follow Him on Google Plus : Google+
You Might Also Like
LatestMicromaxMobileUnboxing and Hands On
Read More