The Samsung Corby 2 is the successor to the original Corby, a might successful college/ ladies phone. So, the corby 2 has huge shoes to fill, the question here arises weather or not it can fill them. We take a look at the new Corby 2 and see its capability in the exact situation where a lot more competition is available even from the likes of Samsung themselves.

The build quality of the new Corby 2 is far superior to its predecessor. The plastics are well weighed and the switchable panels are form moulded and fit perfectly like a glove without creaks or sounds.

As far as hardware is concerned the Corby 2 has two major changes (corby 2 = 2 changes hah). Seriously the addition of a capacitive touchscreen will definitely attract previous Corby owners to buy the new improved Corby 2. But wait there is WiFi onboard so that means faster internet and easily downloaded Apps. 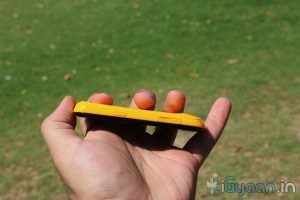 The Speaker is nice and loud, Wifi enables users to watch youtube videos (read iGyaan videos) directly on the phone, The lack of 3G somewhat limits the Multimedia aspect on the go, the screen resolution is also somewhat a disappointment at 240×320 px with only 256 colors. Although, movies and videos can still be streamed via wifi and loaded onto the memory card and the device is ready to serve its master.

The camera is a poor demonstration of keeping the price of the phone low. But, then what all do you expect in a phone that costs merely minimum wage + couple of hundred. But, hey there are effects and scene modes and brightness setting and movie mode, The quality of which is as bad as you think it is. If you want a phone with a camera, that you will use, this is definitely not it.

Thank you Samsung for making us work hard with the resistive screen to make us understand that a capacitive screen is heaven sent. The dialer and messaging on the keyboard just seem to improve tenfold simply because of the touchscreen improvement. The call quality is decent with little or no dropped calls. Volume at both ends is good and no issues there. An overall performer in the phone department.

The messaging in portrait does not bring up a QWERTY keyboard but switch to landscape and “boom” a QWERTY experience the keyboard is fast and intuitive with the text prediction and large keys make it fun to use. So, Messaging and Phone systems are  sorted in this device and will not disappoint basic users at all. 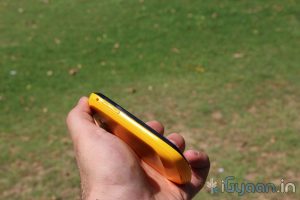 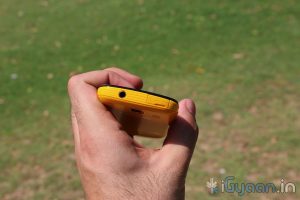 The Touch-wiz 3.0 UI is a great add-on , the BADA-esque interface is a great improvement, with widgets and a notification panel make this device a better Smart-phone than the Corby ever could have been. The interface is hugely colorful and the icons are large and easily readable. The interface is pleasing to the eyes and the menus are fast and responsive.

The Corby 2 is a huge improvement over the Corby, But, is it enough with a host of Android devices from companies like Micromax and Spice the corby seems lost. There is still however a charm about the Corby brand and those loyal to it should definitely upgrade to the new Corby 2. Build and Phone is impressive along with good multimedia, But, a poor camera and a average display. The touchscreen is a massive improvement and Wifi adds to the experience.

Bharat Nagpal
Founder and Chief Editor of iGyaan. Bharat likes to keep on top of technology ! Follow Him on Google Plus : Google+
You Might Also Like
Hardware NewsiGyaanLatestMobile
Read More