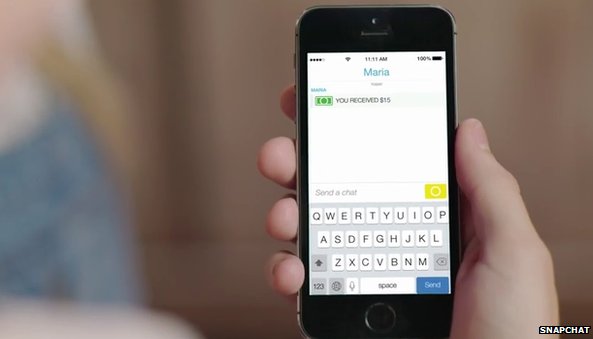 Snapchat has recently unveiled a new feature that will let users send money to other users through the self-destructive messaging app. To send money to friends, users need to connect their debit cards to their Snapchat accounts through a partnership with Square Cash.

The service will only be available to Snapchat users in the United States who are above 18. None of the user’s personal financial information will be stored on Snapchat’s server. However, the company’s privacy is almost the first concern. The question arises – Would you trust Snapchat for your financial details? We won’t.

In May, Snapchat settled with the US Federal Trade Commission (FTC) over allegations that it misled users over data collection and failed to inform them that their messages could be saved. The company agreed to be monitored by the FTC for 20 years. And in January, at least 4.6m user accounts were compromised by hackers, who posted usernames and phone numbers on the web.

To send a payment, all what a Snapchat user needs to do is type in the amount they’d like to send in a private message. The app then recognises the dollar amount – say $10 – and eventually, a green payment button appears. The tapping of this button sends the amount to the other user. The payment system is similar to other mobile payment services, such as Venmo and PayPal. It is a part of Snapchat’s broader push to expand beyond its core messaging business, by both adding advertising and branching out into live events.

The company announced last month that users will start receiving ads from brands under the ‘Recent Updates’ section of the app. This is the same portion of the Snapchat inbox where you find ‘Stories’, a product that threads together multiple snaps (both video or photo) into one, long snap.

However, the problem is that the app doesn’t know much about its users beyond their made-up username, IP location, volunteered age, phone number, and who they watch on Snapchat Stories. Although it does get some name info from contact books, but without the targeting prowess of apps like Facebook and Twitter, it may be forced to stick with ads for things with broad appeal, like films and top 40 music.

likethis
What's your reaction?
Awesome
0%
Epic
0%
Like
0%
I Want This
0%
Meh
0%
Posted In
Apps and Software, Latest, Social Media
Tags
snapchat
snapchat
About The Author

Parul Ritvik Sood
iGyaan Network's newbie, Parul is a Writer, Poet, Reader and Mass Communication Graduate with great interest in startups and entrepreneurship.
You Might Also Like
Apps and SoftwareLatestSocial Media
Read More