In the house, we have the new Redmi Note from Xiaomi. The device was launched just a few days back and will be available in two variants, one is a 3G variant, while the other one is the 4G LTE compatible variant. The one with us is a 3G variant. The phone comes in the recycled MI style brown box. The first thing that you see once you unbox is the Redmi Note, which has a nice and glossy back. Delving deeper in the box, we see the microUSB to USB charging cable along with a fairly nice quality wall charger. Also included in the box is a 3.8 volt, 3100mAH battery along with a manual, service booklet and a bunch of other documentation.

Getting back to the phone, on the front we have a 5.5-inch IPS LCD screen with a resolution of 720p. A 5MP wide angle camera capable of 1080p video recording sits on the top of the device. Right below the display, we have three red coloured touch capacitive buttons. The right side houses the power button along with the volume rockers. On the top lies the 3.5 mm headphone jack along with a secondary microphone for voice cancellation. There’s nothing on the left, while at the bottom lies the USB port along with the main microphone. Coming on to the back, we have a 13MP camera bundled with a LED flash. The back has a nice glossy finish with a MI logo at the bottom along with the speaker grill right below the logo. Removing the back panel reveals the two SIM slots and an SD card slot.

Talking about the specs of the Redmi Note, the chipset on the device is a MediaTek octa-core MTK 6592 processor clocked at 1.7GHz bundled with 2 GB RAM. It offers 8 GB in-built storage expandable up to 32 GB.  The device is powered by a pretty solid 3200 mAh battery. On the camera front, you get a 13MP primary camera along with a wide angle 5 MP front-facing selfie shooter.

Powering on the device, the first thing you see for setting up the device is a keyboard input method. Once through with the setup process, you get to see the same MIUI we saw in the MI3. The exact version is the MIUI 29.0, while the Android version is 4.2.2 Jelly Bean. It will be updated soon to the KitKat. Coming back to the UI, the interface seems quite snappy and swift. Scrolling is really fast and responsive, there are a lot of quick toggle notifications. Multitasking should be fairly good as we always have a little over 1 GB RAM free. The screen has a nice feel to it, so you would want to avoid putting a screen protector to retain that feel.  We also tried playing a few videos and it runs videos pretty well, though the audio output is not as good we’ve seen with devices in the same price range.

Talking about aesthetics, the device feels really good in the hand, though slightly on the heavier side. The device has a nice glossy finish all round, so it does attract a lot of fingerprints.

Overall, the device seems fairly decent and comes at a very economical price point and will definitely make the holiday list of the phones. The build quality, look and feel seem quite good given the price of the device. You will able to get your hands on the device very soon as the first flash sale is scheduled for 2nd of December. So that’s about it for now, keep checking back for an in-depth review of the new Xiaomi Redmi Note. 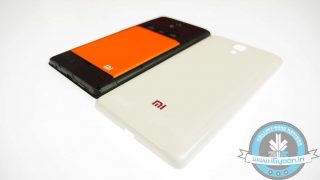 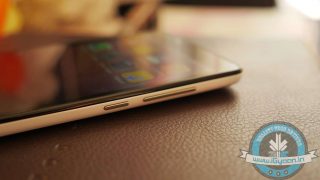 Abhinav Mishra
iGyaan Network's Newbie, Abhinav Loves Gaming, Cars and Technology, You can Find Him on PSN Bragging About his FIFA Skills.
You Might Also Like
iGyaanLatestMobileUnboxing and Hands On
Read More