Planning on Buying the OnePlus One in India? Here’s All You Need to Know

by Parul Ritvik SoodDecember 1, 2014
1
Now Reading
Planning on Buying the OnePlus One in India? Here’s All You Need to Know
Browse This Page

OnePlus One is denoted as the smartphone of the decade. The cult smartphone has been termed as the ‘Flagship Killer’ for its amazing features and price, and the good news is that it is now coming to India. OnePlus One will still be sold in India through India-specific invites with an exclusive availability on Amazon.in. The company is holding a press event on 2nd December to launch the smartphone in New Delhi. Here are some pointers to go through before you decide to get the One.

If you have a global invite, you can buy it from http://OnePlus.net/one but then the OnePlus website doesn’t offer shipping to India. However, there is a way around. You can pay a courier forwarding service like PPO Box to get it shipped to India, which will cost some extra bucks. Global invites are easy to come as they are periodically shared on Facebook groups and can be asked from a person who already has a OnePlus One. 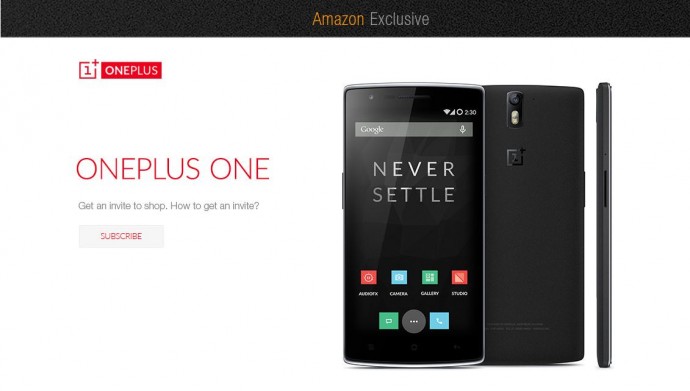 The company planned to give away the Indian invites for those who registered at OnePlus.net/in for the newsletter. The selected people will get an email tomorrow with a confirmation link. Once you get the invite, you’ll have 48 hours to purchase the One, otherwise the invite will expire.

Amazon is regularly conducting competitions like ‘One in a 1000’ to give away the invites. In the competition, people were asked to share a photo of OnePlus ‘Never Settle’ and out of those people, invites were given to a selected few. Once the first batch of the One is sold, the users can forward the invites to other people like global invites.

The One purchased by global invites will not come under warranty in India as explained by the CEO Carl Pei. There is quite a confusion about this, however, it is said that once India gets included in the list of OnePlus One countries, the global warranty will be valid in India too. Anyhow, this was not an official statement and still it is not clear how the company is planning to handle the warranty system. The company has shared some disappointing news on its official blog. Well, Cyanogen had granted exclusive rights in India over the Cyanogen system to another company. That means, the flagship killer will be reaching the country with the popular Cyanogen OS onboard for now. However, it won’t be getting any official support or future updates. The company also added that the One will continue to be supported globally and receive frequent OTAs.

The reason for this disappointment is a recent agreement between Cyanogen and homegrown smartphone maker Micromax, through which the latter has exclusive rights to offer devices with the custom platform in India. So, while the company has no other choice than to bring the OnePlus One to the country with the CM11S OS inside, it’ll be developing its own firmware as a replacement in the future.

Also, people who bought the phone from the global invites will continue to get the OTA updates. However, Indian users can root their phones (which doesn’t void the warranty) and install the CyanogenMod Installer from the Play Store, and the latest version of CM ROM (Android) will run on your One.

As of now, there is no information about how the company is planning to provide services in the country. This is one of the major concerns for the Indian users who have purchased the device through global invites. The company is expected to officially announce what are they planning to do in this area tomorrow, so stay tuned.

The Oneplus One 64 GB variant is expected to cost around Rs. 24,990 while the 16 GB variant is likely to come at a price of Rs. 19,990. Although the prices are slightly more than the $ price, they are much less than the Indian price of major flagships. So for the price of one LG G3, HTC One M8 etc you could typically get , “One Plus One” = 2 phones.

If you can get your hands on an invite today, do not think twice and get the phone, in fact you should have owned it yesterday.

For everything else, watch our full review here: