10 Tech Resolutions You Should Keep This New Year

by Meenakshi RawatJanuary 1, 2015
0
Now Reading
10 Tech Resolutions You Should Keep This New Year
Browse This Page All of us make several resolutions every year. And why not, the beginning of a year is the best time to adopt new habits. But have you ever considered keeping a few tech-related promises?

Technology has become an integral part of our lives and largely, it has made it simpler. In spite of numerous benefits, its evil effects shouldn’t be ignored. Take a pledge to make these tech resolutions this New Year: Definitely, e-Readers have ended the need for hard copies but a recent study has revealed that reading through electronic devices at bedtime could adversely affect sleep habits. Research says that the light emitted by the device can have a bad impact on the overall health, alertness, and circadian clock. This in turn results in sleeping disorders. So, to get a good night’s sleep, vow to avoid gadgets before bedtime. Papers cannot be avoided entirely. You need to have a hard copy of the digital document just as a backup, but we also confess that it’s not required always. Many a times, we take a printout of the non-required text and pay no heed to the fact that paper wastage is a direct cause for deforestation. Vow to switch to emails, PDFs, Google Docs and other digital mediums and use paper only when it’s unavoidable.

3. Keep the TV off bedroom We know that in this ever busy life, we get less time for ourselves. No time to sleep, eat, watch Television and sometimes even eat. You may be entertaining yourself watching late night daily soaps, but seriously, that is not the right decision to amuse yourself. A research organisation American Academy of Sleep Medicine has revealed that watching TV at night may lead to disrupted sleep patterns.

The organisation said that a minimum of seven hours of sleep is mandatory and the person resting less than that may suffer from increased obesity, morbidity and the worst scenario may lead to death as well. It would be advisable to keep the Television set in the family room rather than the bedroom. Phone theft has become a daily affair. You need to take precautions before you become one of the victims. Pledge that this new year you will install an anti-theft app for the safety of your own phone. Just a few taps and text, and you are done. You can also check out some of these apps to make your phone theft-proof and download one that suits your needs.

Smart home automation is one thing you need to invest in this new year. Start with lighting and audio-visual and then switch on to shading, sensors, actuators and more. The automation will not only make your life super easy, but also aid in conserving electricity. You can switch off the lights, fans and other electrical appliances from anywhere just through a tab on your phone. Also, the technology senses the presence of a person and adjusts wisely. 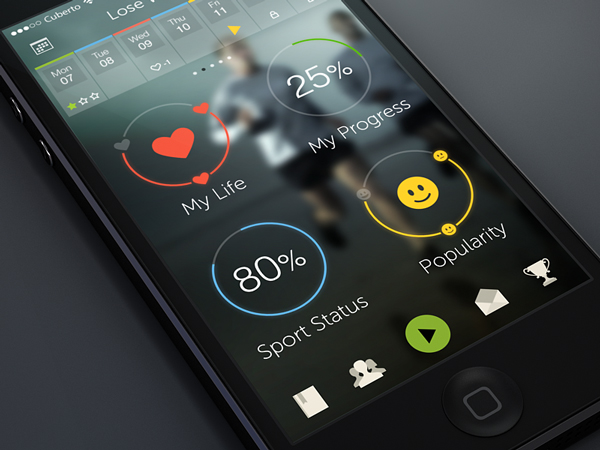 Apart from making the best use of technology at work, it’s time to utilize it for you. Well, we are talking about the fitness apps which are profuse in quantity on the app store, but remain neglected for one or the other reasons. Kickstart 2015 by installing some fitness apps and notice your health stats. Record your walking, running and other activities and also get suggestions based on your performance. The fitness apps will keep many health issues at bay. A few of them to consider are RunKeeper, Google Fit, and Fitocracy.

Managing passwords for all the websites you are signed up in is a tough task. Certainly, keeping one password for all sites is a solution to your forgetful nature, but that would make your accounts an easy target for hackers. The best way to beat this password management dilemma is downloading apps like 1Password and LastPass. These apps, by default, create strong and different passwords for diverse networks. Just log in and it will do the rest for you. Research concludes that devices may burn due to overcharging of the batteries. These cases point out to  one direction – negligence.

The devices should be unplugged from charging once the phone shows the full battery notification. Overcharging reduces the life of the device and may even lead to accidental hazards.

9. Say No to Texting and Driving We agree, smartphones are an inseparable part of our lives, however it is important to remember that the world’s major accidents happen because of careless driving. If you are one amongst them who don’t care about the road safety rules and drive while keeping your eyes on your smartphone, then this is resolution is for you. Stay alert while driving, keep your eyes on the road and put your phone aside till you hit the next break. Open a laptop and a countless number of icons appear on home screen instead of wallpaper. If that sounds like your desktop, then there is a need to keep your system organised. Delete the irrelevant stuff and arrange the required items logically in folders. Avoid storing it on the desktop as this slows down your system.