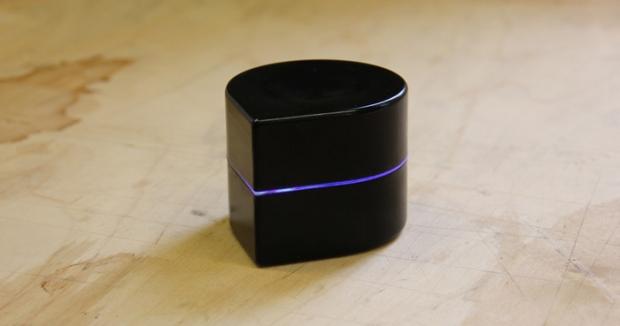 The independent tech community went big last year. Websites like Kickstarter.com have given the opportunity to millions of people to become venture capitalists and investors in new products. Such websites have given common people the power to see their ideas changing millions of lives.

We are listing top 10 brilliant Kickstarter campaigns which made this tech year so fun. This small piece of hardware is the revolution  in the audio tech industry. Still running its campaign, MIYO is a digital-to-analog converter which lets you rediscover your favorite music as though it were high-quality vinyl. MIYO delivers the same amazing sound quality you would expect from that track, at a fraction of the size and cost. This Kickstarter campaign has made all ‘Back To Future’ fans go gaga. The company created the first shoes with auto-lacing capabilities that McFly made popular back in 80s. The shoes named Powerlace P-One don’t look similar to the sneakers in the movie, however, they certainly get the job done. The Powerlace shoes have a simple mechanism for auto-lacing that doesn’t involve any voice commands, complex chips, apps, batteries or motors. It’s the world’s first eco-friendly plane powered by biofuel and has been named Bio-Electric-Hybrid-Aircraft or BEHA. This prototype is almost silent and cancels out night flight restrictions and pollution concerns. The six-seat aircraft could be a revolution in the field of aviation. Meanwhile, the BEHA prototype is in its initial phases of development. The developers claim that it is likely to take to the skies post 2020. Pico is a tiny trigger that you can program through your smartphone and then easily use the programming to shoot time-lapse videos. The accompanying app gives you multiple shooting options such as HDR, speed ramping, and bulb ramping. With these in your hand, you can easily create professional looking visuals to enthrall your audience. Reeljuice is the world’s first backup battery pack with built-in universal charging cable, so you’ll always be prepared to recharge your phone or tablet. It features a 48-inch long, retractable charging cable which can be used to charge an array of popular devices available in the market. Reeljuice is the only portable power solution in the world that integrates patented, retractable, cord reel technology. It is created by a team of designers and engineers, who have received worldwide acclaim for their innovative products. A French startup, Pryntcases, has introduced a phone case that converts your phone to a Polaroid camera. Presently, the device can only take one polaroid film at a time and takes a minute to print the image, but it is still a great case to have. The appeal of physically holding a photograph can’t be matched with the tons of electronic images. The case comes with an accompanying camera app, which has a cool feature. It takes video while you are taking a picture. Then, when you hold the developed picture in front of the case, it will start playing the video. Available in a multitude of colors, Everykey is an innovative universal access device for everything that requires a physical key or password. It allows immediate access to a user’s password-protected electronics such as a smartphone, tablet, or computer, as well as physically locked items including doors, car doors, bike locks, and other access devices that need to be controlled. The company, famous for turning Apple’s MacBook Pro into an iPad-like tablet, launched a Kickstarter campaign to fund its project, the Modbook Pro X, back in August. The Modbook has been around for about seven years, when Axiotron and Other World Computing teamed up to deliver the first Mac tablet at Macworld. At the time, 331 backers converted their own Retina MacBook Pros into a tablet. The conversion incorporates the laptop’s original hardware, with components shifted from the lower half of the computer to just behind the 15.4-inch 2,880 x 1,800-pixel LCD. ZUtA Pocket Printer is simple, softball-sized and compatible with any electronic device. It can be used anywhere, anytime. Since it doesn’t necessitate any special drivers, it can be accessed via computers, smartphones or tablets, by using the traditional print function or an app. It works with paper of any size and will print roughly 1,000 sheets of paper on a standard, disposable ink cartridge. The printer lasts for up to an hour on full battery and can be recharged via a USB cable. Inventor Greg Henderson has created hovering technology that he calls Magnetic Field Architecture (MFA). Using the technology, you can practically get everything hovering and a hoverboard is the bare minimum that MFA can achieve. The Hendo hoverboard uses magnetic levitation principle, similar to the one used in Maglev trains. The device hovers 1-inch above the ground, that is good for a start. The board looks bulky, but its design is sleek and sexy. The device is capable of integrating with the natural movement of the rider.