by Abhinav MishraJanuary 12, 2015
0
Now Reading
The Personal Robot Of Your Dreams is About to Land in Your Home
Browse This Page

You may have seen Robots in movies and wondered about how awesome it might be to have a mechanised friend of your own. In the real world you’ve seen Asimo, which has some really awesome features but is still in the prototype stage. There are many companies who are working towards making a good personal assistant endowed with Artificial Intelligence(AI). Well, it seems like the wait for a personal robot is about to come to an end thanks to the efforts of a New York-based company.

Robotbase is made up of a team of engineers based in New York who unveiled an AI robot at CES 2015 to kick-off its Kickstarter campaign. They call it the ‘Personal Robot’ and are keen on putting a robot in every home. The company touts its Personal Robot to be a multi-talented personal assistant. She’s a hands-free helper, an awesome photographer, a reliable security guard, a wonderful storyteller, and much more.

It’s apparently the world’s first Artificial Intelligence based Personal Robot with the ability to detect faces, recognise emotions and everyday objects. According to the company, this PERSONAL ROBOT does everything for you from understanding what’re you’re saying and then replying back to you. She can even navigate around the house by herself with navigation and mapping algorithms. In addition, the device comes equipped with sensors to detect the outside environment and can communicate via your connected devices. 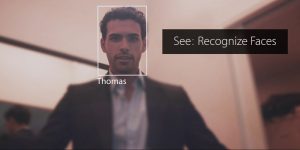 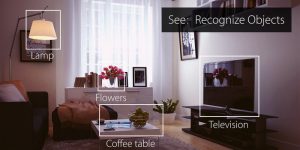 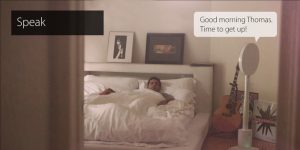 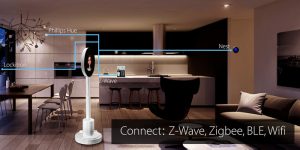 On the design front, the Personal Robot looks like the Mobile Virtual Presence Device that Sheldon Cooper created on the popular sitcom Big Bang Theory. A giant oval display is attached to a movable platform. The avatar on the display looks like one of the characters from a Japanese anime show. It might feel a bit creepy at first to interact with a cartoon who knows everything about you before you even ask.

Barring all that, she’s got a few special talents too, she can place food orders, act as a personal assistant and can even be a storyteller for your kids. It’s also an emotionally responsive personal assistant and can remind you about appointments. As of now, the company’s primary focus is the consumer version of the Personal Robot, however they are also getting keen interest from businesses as well, especially department stores. 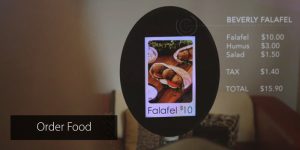 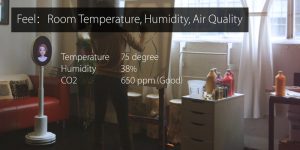 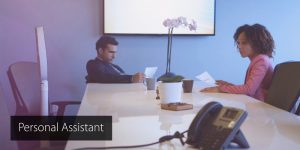 The campaign seems quite promising, the company has already scooped up around $25,000 and promises that early takers can get the device for $995, delivery for which will begin by late 2015. You can head over to the Kickstarter campaign for more information. Check out the video below to find what this innovative device can do for you.

Abhinav Mishra
iGyaan Network's Newbie, Abhinav Loves Gaming, Cars and Technology, You can Find Him on PSN Bragging About his FIFA Skills.
You Might Also Like
LatestTech
Read More