Xiaomi Directly Targets OnePlus One With the Launch of 5.7-inch Mi Note 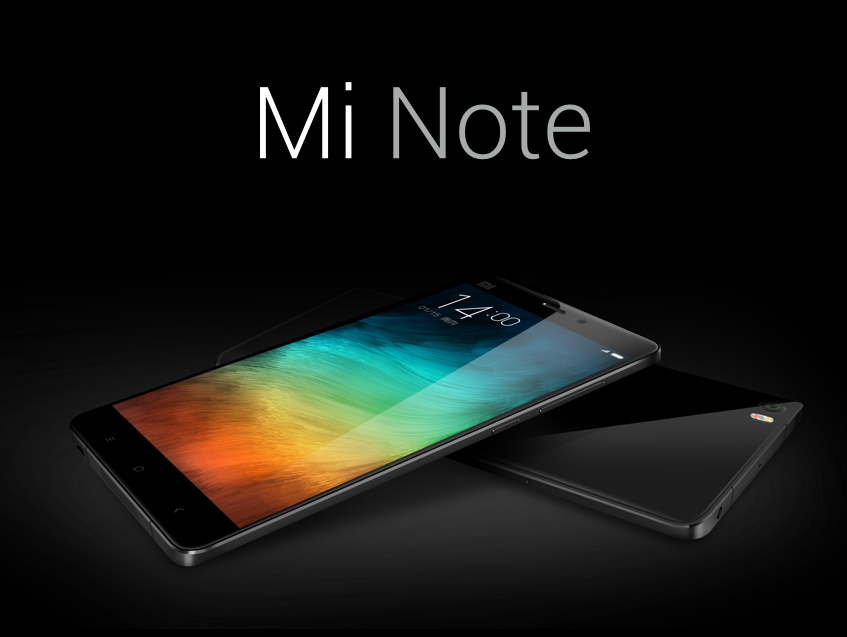 World’s third largest smartphone maker, Xiaomi took a great leap in order to challenge the likes of Apple, Samsung and OnePlus with the new 5.7-inch phablet called the Mi Note.

Many expected the Chinese manufacturer to launch the second generation Redmi Note or the Mi5, but instead the company decided to take a step ahead and launched the Xiaomi Mi Note. The new device flaunts a 5.7-inch 1080p display and seems to be Xiaomi’s contender against the OnePlus One (with a price to match.)

The device is powered by a Snapdragon 801 processor and comes with 3 GB RAM. The phablet will be available in 16 and 32 GB variants. The company has also launched a Pro version of the Mi Note which is powered by 64 bit Snapdragon 810, comes with 4GB of RAM and has a 64GB version only. The pro version flaunts an enticing 2560×1440 at 515ppi screen (2k display.)

Both are powered by a 3000mAh battery. The devices also sport a 13MP main camera with Optical Image Stabilization (OIS) and a 4 MP front facing selfie camera. They run on MIUI 6, which is based on Android 4.4 KitKat. The Mi Note and Pro are 7 mm thin and weigh 161 gm. Mi Note is protected on both sides with 2.5D + 3D curved Gorilla Glass 3. According to the company, it’s highly resistant to scratches and shattering.

Xiaomi has become the world’s fastest growing smartphone manufacturer swelling its shipment three times last year. The new Mi Note will compete head to head with OnePlus’ One which was launched last year.

There is no doubt the company has a strong hold on the tech market, however, Xiaomi is still struggling with the idea of breaking into the western market. With the launch of Mi Note, we can expect the Chinese smartphone giant to break free from the Asian market and focus on a more global scale.

Parul Ritvik Sood
iGyaan Network's newbie, Parul is a Writer, Poet, Reader and Mass Communication Graduate with great interest in startups and entrepreneurship.
You Might Also Like
LatestMobileXiaomi
Read More