Microsoft Windows 8 taken out of the Wraps !! – Video

by Bharat NagpalJune 2, 2011
0
Now Reading
Microsoft Windows 8 taken out of the Wraps !! – Video
Browse This Page 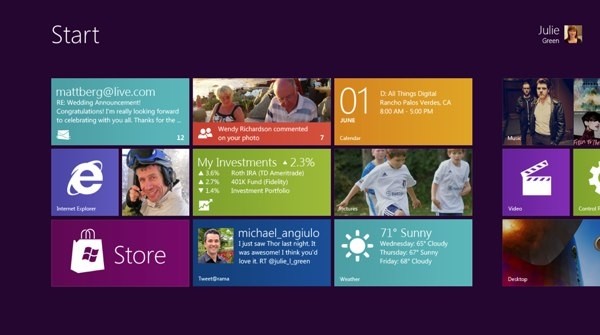 Microsoft has just taken its Wraps off the next build of Windows, Microsoft Windows 8. Taking its inspiration hugely from the Windows Phone 7 Metro UI. Just like the Windows phone 7 Build this UI  is also designed perfectly to work with touch-screens. Therefore you can bet on a large number of Windows 8 tablets to hit once the OS is fully released for consumption.

This next version of Windows will come with the new Internet Explorer 10 , as well as support for HTML5 and Java apps that will run better on tablet-sized devices. But, will also support all applications designed for Desktop use.

Bharat Nagpal
Founder and Chief Editor of iGyaan. Bharat likes to keep on top of technology ! Follow Him on Google Plus : Google+
You Might Also Like
Apps and SoftwareComputingLatestMicrosoft
Read More