by Abhinav MishraMarch 1, 2015
0
Now Reading
Acer Unveils a Slew of Smartphones and a Wearable at MWC 2015
Browse This Page The Acer Liquid M220 is an entry level Windows phone. Specs on the phone include a 4-inch display, a 5MP main camera with 2MP selfie cam, which can be voice operated. The back of the phone is made out of a strange texture which the company claims is inspired by Thai silk suit jacket material. The phone will be available in two colour options – black and white. The Liquid Jade Z sports a 5 inch display while the powering the smartphone is quad core 64 bit Media Tek chipset at 1.5 GHz. Optics include a 13MP rear camera with a 5MP front camera. It runs Android 4.4 KitKat out of the box, which should get Android Lollipop 5.0 soon. It gets two variants – 1GB of RAM with 8GB of storage, or 2GB of RAM with 16GB of storage. 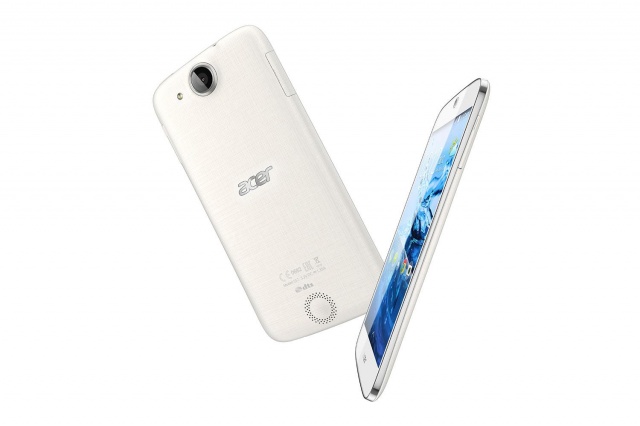 These are two budget Android smartphones. The Z520 has a 4 inch display with a 900 x 480 pixel resolution, while powering the smartphone is a quad-core Mediatek processor bundled with 1GB of RAM. Optics on the smartphone include an 8MP primary camera and a 2MP selfie cam. This marks Acer’s entry into the wearable market. The Acer Liquid Leap+ is a fitness band that comes with a 1-inch OLED display and keeps a track of your sleep, calories, distance covered. It’s not platform specific so it supports notifications from Android, iOS or Windows Phone devices. It’s also waterproof as it gets an IPX7 rating, while the screen in the middle can detached and can be combined with a slew of different colour options. It gets an European price tag of 80 Euros.