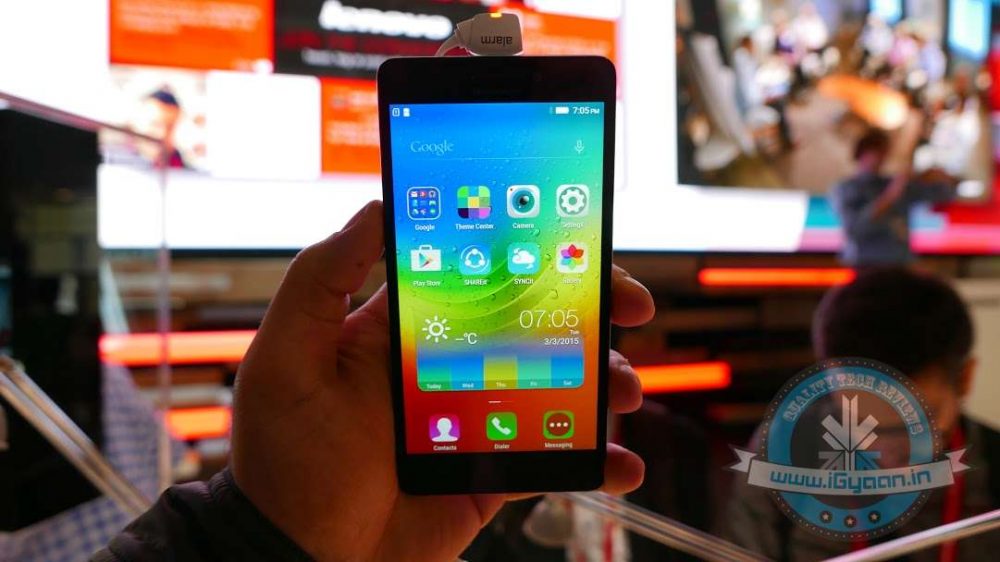 Lenovo had been in the news before MWC 2015 for all the wrong reasons. The revelation of the Superfish bug brought public outrage towards the company along with an incident of their website getting hacked. Well, Lenovo pulled a brave face and introduced the new A7000 that looks like a great multimedia handset that comes with a pocket-friendly price tag. The Lenovo A7000 is a great handset to look at. It is available in black and white color variant and feels like a premium device. It might feel a bit bulky with its 8 mm thickness, but it makes the device feel robust. The device is comparable with its sibling, the A6000, that the company unveiled at the CES 2015. The A7000 also has some good listing in its camera space. It has an 8 MP main shooter and a 5 MP selfie shooter. The images clicked from the device were found to be crisp but we need to bring the device to test it out thoroughly.

Lenovo’s multimedia credentials are amplified here with the addition of Dolby Atmos audio in the device. When listened to on headphones, the sound from the smartphone feels like it’s coming from all the directions, thereby gives a fuller audio experience. According to Lenovo, the A7000 can enhance sound quality of any content for the pleasure of the user. For the user interface, the A7000 runs the Vibe UI, which is based on Android 5.0 Lollipop. It borrows features like multitasking panel from the stock Android but, fortunately, offers capacitive buttons below the display instead of placing it within the UI.

The A7000 has a good features list, and while we still have to test it out for ourselves, it looks it can take on the likes of Redmi Note and Yu Yureka. A slightly generous expandable storage of at least 64 GB would have done good for the consumers, as well as the company. Lenovo has said that the device will be priced at $160 (approx Rs. 10,400), which is a bit pricier than its competition in the Indian market. But Lenovo can take advantage of the shortage of stocks of the other devices to attract customers to itself.

Happy Nagashetti
iGyaan Network's newbie Happy is a Technological Hedonist, Traveller, Photographer, Curious Humanoid and a giant foodie who is always pumped up for new adventures.
You Might Also Like
LatestMobileUnboxing and Hands On
Read More