LG Teases its New User Interface Ahead of the G4 Launch

by Meenakshi RawatApril 6, 2015
0
Now Reading
LG Teases its New User Interface Ahead of the G4 Launch
Browse This Page 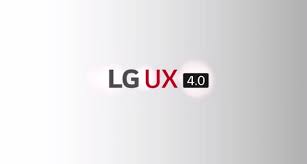 The South Korean equipment manufacturer LG is forcing spotlight on itself, by revealing information about the LG G4 bit by bit. A recent disclosure by LG’s display manufacturing department claimed that the G4 will have an enhanced 5.5-inch Quad HD display and now LG has officially announced the arrival of its ultra-advanced user interface, UX 4.0.

A teaser video publicized by LG exhibits the UX 4.0 as a step towards making UI friendly to customers. The clip depicts quite a lot of features that seem to be a step in the right direction. The Quick Shot feature allows users to click photos instantly. One doesn’t need to unlock the screen first and surf into the vast array of apps to start a camera. Just tap the volume button twice and the camera will be ready to shoot. The camera comes with various camera modes along with Expert mode that is claimed to have DSLR-like qualities. This mode is said to use geo-location to group photos into an album taken at a single location.

Then there are a few other smart injections like its updated Calendar app, Gallery, Smart Board and Smart Alert. With the Calendar on LG G4, users can drag and drop any event to Calendar from their social networking site. The refurbished Gallery now lets you commemorate memories by grouping them according to date or location. The Smart Board feature accumulates information from various apps within your device like Calendar, heath and music, and throws them on a single widget as collective information. The Smart Alert is where the smartness of the new UX 4.0 gets apparent. It not just notifies users about the weather, but also gives suggestions depending on the climatic conditions. Which means it will suggest you to go for a swim, play basketball, go for cycling on a sunny day.

Nevertheless, we would be able to see UX 4.0 in action only with the launch of LG G4 on April 28. Till then, here’s the official teaser:

Meenakshi Rawat
iGyaan's newbie Meenakshi handles content at iGyaan. She is an ultimate foodie, loves travelling and likes to read.
You Might Also Like
Apps and SoftwareLatestLG
Read More