Why Has Smartphone Design Reached a Standstill?

by Happy NagashettiMay 2, 2015
2
Now Reading
Why Has Smartphone Design Reached a Standstill?
Browse This Page In the early days of the mobile phone revolution, designing a phone required equal consideration for the insides as well as the outsides. Most of us have lived through the era of mobile phones and seen the ecosystem transition into smartphones. During the early developmental stages, we were offered amazing form factors by companies. But since the arrival of the first smartphone (the Apple iPhone), things have gone vanilla. Now we have a massive market for smartphones but apart from a few tweaks and touch-ups, the base form factor has remained the same for the past eight years. One of the most prominent examples of the awe-inspiring design innovations were the Nokia N-series of devices. These devices came in all shapes and sizes, and their maneuverable designs made them a treat worth flaunting. Sony is also remembered for bringing some innovative and audacious form factors in the market, and their Walkman series is remembered for some unique design features. One of the first Android phones, the HTC G1 or the HTC Dream that came out in 2008 had an amazing form factor. 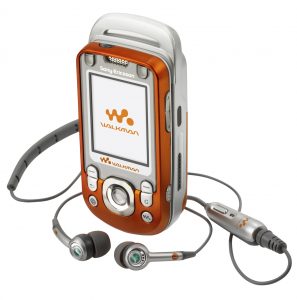 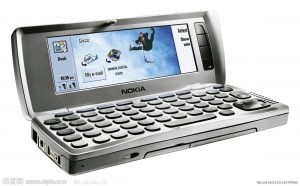 The arrival of the first iPhone in 2007 and its success revolutionised as well as standardised the smartphone form factor. Now every company was running to replicate the bar shaped device as the industry had found a direction. Apple still leads the design innovations for the industry which became evident when the Samsung Galaxy S6 was introduced with iPhone 6-esqe speakerphone design. Samsung announced a focus on design for its new flagship and unveiled a glass and metal based bar design. The unique offering in this flagship launch was the S6 Edge which had dual curved edges. The curved edges don’t have any specific utility as of now and it’s there just because Samsung could do it.

For the moment, the device makers seem content with their offerings and haven’t pushed any major boundaries in terms of designer form factors. The rectangular bar shape has now become boring and uninspired in all its present iterations across the varied handsets. We have seen some audacious concept devices, most of which usually arrive around the time a new iPhone is about to be launched. As of now, the only notable smartphone that is not bar-snapped is the Monohm Runcible, which was showcased at the MWC 2015. The round shape device runs of Firefox OS and is expected to come out by late this year. The device is also unique as it is designed as a lifelong device; you can easily update the specs and pass it on to the next generation as a family heirloom. This kind of device will be valued more than the device that are meant to become outdated in a few months. 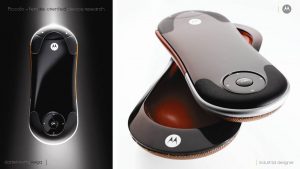 Some interesting concept design includes Motorola’s Piccolo Concept, Designer Jakub Lekeš Multimedia Concept Phone, and the LG Traveler Concept Phone. Samsung tried to introduce a new form factor with the Galaxy Golden, but its steep price ensured that it won’t have a long stint at the stores.

There is a space in the market for something unique. As the specifications across the various devices are reaching a point of plateau, some eye-catching design elements can help the companies to reinvigorate the competition in the segment. LG’S Traveller concept looks like something that can be implemented right away.

Innovative new designs will definitely be appreciated amongst the young. Hopefully smartphone makers will take this into account and take up the challenge to introduce something different. While we get flaunt-worthy devices, the companies will get to rake in the profits; a renewed focus on design is a definite win-win for all.

Happy Nagashetti
iGyaan Network's newbie Happy is a Technological Hedonist, Traveller, Photographer, Curious Humanoid and a giant foodie who is always pumped up for new adventures.
You Might Also Like
DesignLatestMobile
Read More