Today, HTC brought out the One M9+ in India, skipping the speculated launch of the original M9 unveiled at MWC 2015. The One M9 might not make its way to the Indian sub-continent, but we’ve got the bigger Plus version to weigh against its competition. The top of the line smartphone packs hefty specifications, which may even manage to put a dent in Samsung’s market.

Let’s check out how the smartphones fare against each other: 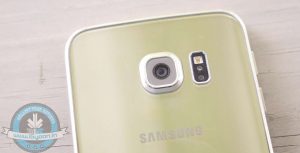 Clearly, the pricing of the phone might lead the audience to shift focus on the Galaxy S6 rather than HTC One M9+, especially since the smartphone runs on a MediaTek processor. The display size of the phones is  similar, and the RAM  of the three handsets also stands parallel. The battery and rear camera of the HTC One M9+ are slightly bumped up, but overall the devices hold comparable specifications.

Since we’ve got our hands on both the devices, we have to admit that the HTC One M9+ feels more sturdy in the hand. Another area where HTC One M9+ wins is the fact that it comes with an expandable memory option, a feature that would be appreciated by many.  HTC has brought the One M9+ to compete with the big-sized rulers in the Indian market. We’ll have to now wait and watch how this move turns out for the company.

Meenakshi Rawat
iGyaan's newbie Meenakshi handles content at iGyaan. She is an ultimate foodie, loves travelling and likes to read.
You Might Also Like
HTCLatestSamsung
Read More