How the Tech World is Celebrating the Same-Sex Marriage Decision

by Rishi BaruahJune 27, 2015
16
Now Reading
How the Tech World is Celebrating the Same-Sex Marriage Decision
Browse This Page After a long and tiring struggle, US Supreme Court has finally ruled that same-sex couples can marry nationwide, marking the significant event in the history books. This event took place a little over a decade after Massachusetts became the first state in the US to legalize gay marriage. 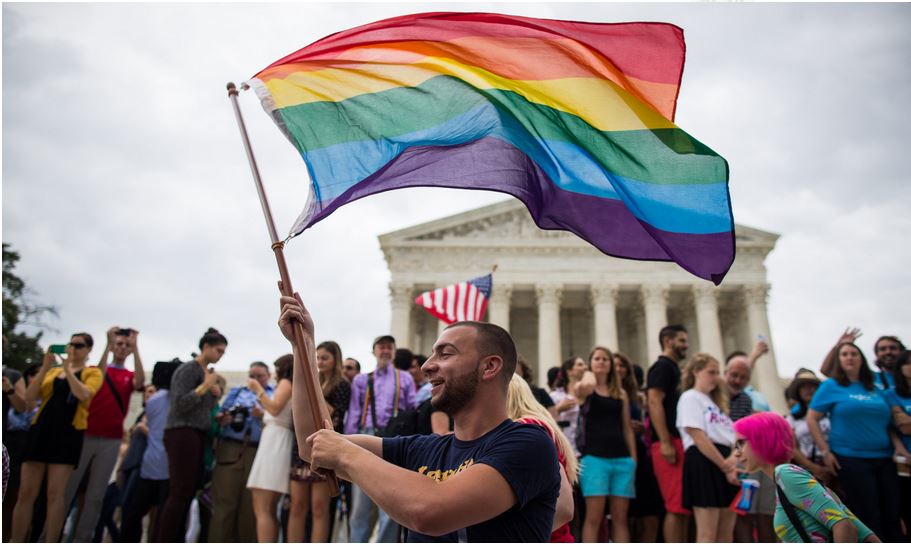 The Supreme Court ruled by a 5-to-4 vote on Friday that the American Constitution guarantees a right to same-sex marriage. Along with the rest of the world, tech houses were ecstatic and quickly celebrated the decision by the use of social media. Take a look:

The White House’s Facebook account now has a profile picture in which the building itself is all the colors of the spectrum. Let’s start with the leader of the free world, President Barack Obama:

Today is a big step in our march toward equality. Gay and lesbian couples now have the right to marry, just like anyone else. #LoveWins

Apple Chief Executive Tim Cook, who came out to the world recently, tweeted:

Twitter itself called Friday a “monumental day for equal rights” and encouraged people to use a pair of Twitter emojis that included the rainbow flag, a symbol of the gay community.

This is a monumental day for equal rights. Join the celebration by using the new Twitter emoji #Pride and #LoveWins: https://t.co/h1wAuNn7Qi — Twitter Open (@TwitterOpen) June 26, 2015

Google and YouTube played their part as well in celebrating this historic event. Google included a subdued note reading, “YouTube and Google are proud to celebrate marriage equality. #ProudtoLove.”

Facebook quickly added a feature super easy way to help its users celebrate gay marriage rights. With this, Facebook-ers can add a gay pride flag filter to their profile picture.  Click here to convert yours.

While this ruling affects a country half way around the global, we’re happy to join in the celebration of the world taking steps in the right direction.